Who will be Vice-President? 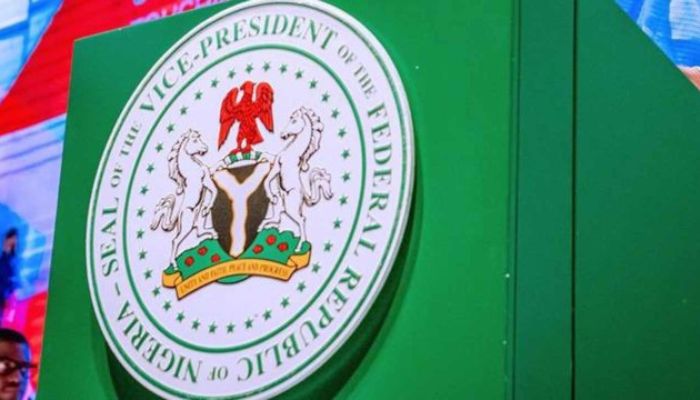 We are a month from the June 3 deadline for parties submitting names of candidates for the presidency, and the field is exploding. Instead of thinning out – particularly after the All Progressives Congress (APC) announced it was selling the party’s slot to the presidency starting with a N100 million processing fee, the prospects seem more alluring for a presidency payout.

As we, the majority, non-party members, watch the show that is sure to be the primaries, we can amuse ourselves even further with speculating about who the possible vice-presidents of these aspirants could be.

Vice-presidencies have become increasingly attractive as political parties and president makers continue to seek the manageable, with ill health as a bonus and as some see the role as a holding role for their ambition. Evaluating possible vice-presidents is not without merit for two reasons.

The first is, within the last 10 years, Nigeria has had two critically ill presidents who between them spent over 300 days out of office. By August 2021, President Muhammadu Buhari had spent 200 days on medical leave and before he died, President Umaru Yar’adua spent 109 days out of office due to ill health.

In both cases, they had to hand over to their vice-presidents, even if, in one case, only after a near constitutional crisis. The second reason is that the vice-president slot will feature in the permutations of various party camps and will have some bearing on how the presidential candidate is selected because there are quite a number vying for the slot, in order to prepare for 2027 and/or 2031.

In the case of Bola Tinubu (APC), as a southerner and a Muslim, the ideal vice-president for his ticket would be a Christian from the North based on our political tradition of balancing religion and ethnicity. This would be excellent for inclusion as not since General Yakubu Gowon has Nigeria had a northern Christian as number one and/or two.

Being a pragmatic strategist, Tinubu is apparently inclined towards a Muslim-Muslim ticket, something that has past and recent precedence i.e., Moshood Abiola and Babagana Kingibe’s Social Democratic Party ticket was a Muslim-Muslim one but Nigeria of 2023 is not Nigeria of 1993.

We know religion a lot more now and while Tinubu could try for the Nasiru el-Rufai treatment i.e., disregard the sensitivities of Christians in Kaduna, it is unlikely that the managers of APC will see value in alienating millions of voters.

Besides, any governor who becomes Tinubu’s running mate will see himself as a natural successor to Tinubu in 2031. In effect, Nigeria could be looking at 24 years uninterrupted reign of a Muslim as president.

Atiku Abubakar will be looking south. In 2019, he chose Peter Obi, dangling the possibility of someone from the South East being number two in the country for the first time since Alex Ekwueme paired with Shehu Shagari between 1979 and 1983.

Now, Obi who also wants to be president is nine years post his last elective position as governor of Anambra and in Nigeria, one is only as relevant as what structures one can ‘command’ typically within a current position unless you are Atiku and Buhari. This is why so many cannot bear to be out of office.

Over the last eight years, governors have grown increasingly powerful and a ticket where neither man ‘controls’ any states in the way that governors do is not a safe one. A pragmatic pairing could be a governor finishing a second term i.e., Nyesom Wike (Rivers), Udom Emmanuel (Akwa Ibom) or Ifeanyi Okowa (Delta).

Wike would be attractive as governor of the southern state with the highest number of voters outside Lagos at 3,215,273 and considering his escapades during the Rivers 2019 gubernatorial election; he could be seen as the most pragmatic choice for Atiku.

On Wike’s end, if he gets the Peoples Democratic Party (PDP) ticket, he will be looking north for his vice, and while Aminu Tambuwal would seem like the perfect choice, considering their camaraderie, there is a sense that this friendship has soured.

Tambuwal was Wike’s candidate for the PDP presidential ticket in 2019 and expected that for 2023, he would get Tambuwal’s support. Instead, Tambuwal still wants the ticket despite Wike’s insistence that PDP adhere to its zoning policy and restrict the ticket to the south.

Yemi Osinbajo’s running mate should, like Tinubu, ideally come from the cohort of governors, preferably with heavy voting numbers from the north.

Some of the APC governors whose second term in office will be ending in 2023 would no doubt like to be vice-president i.e., Abdullahi Ganduje, Abubakar Bagudu and Abubakar Bello but asides Ganduje, with Kano electoral numbers, Kebbi and Niger respectively do not pack enough registered voter muscle – however there are always other considerations that could be at play with Bagudu and Bello, including connections to the military ruling class who feel entitled to Nigeria’s commonwealth and determining the country’s future.

In spite of what seems like an avalanche of interest in the presidency, one cannot help feeling despondent about the prospects of Nigeria getting the leadership it needs.

Where there are possibilities, what and who it takes to win dilute the potency of the prospect. Nigeria has not yet experienced a vice-president winning an election to become president; Alex Ekwueme and Atiku tried and now, so is Osinbajo. Over the 234 years of the United States of America’s experiment with democracy, 15 vice-presidents have become President and only six of them through elections.

We should care more about who becomes vice-president. As complicated as the role is, it is a springboard to the presidency, and the implications of who is on the ticket should matter to us as much as who becomes president in 2023.

Ayisha Osori, author of ‘Love Does Not Win Elections’, will be writing for the Nigeria Decides 2023 series every fortnight on Wednesdays.