Laws of success (in Nigerian Government)

Where to go when the fairy tale ends? 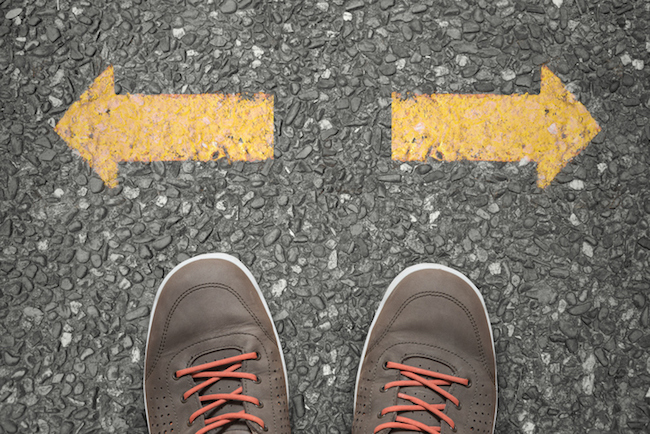 Once upon a time, girl meets boy, they fall in love and live happily ever after. Until he attacks her in frenzy, butchers and kills her after a series of domestic violence incidents. Or he smashes her head in with a wooden stool because she received a message on her phone in the middle of the night. Or until he ‘accidentally’ kills her in a scuffle over who retains possession of their infant during a temporary separation.

If you have ever asked ‘why doesn’t she just leave’ in response to a domestic violence story – here is a question for you: where to?

Imagine getting a call at 9pm. There is someone sobbing on the phone. She got your number from a friend who said you might be able to help. “What is the matter, you ask?” She can’t take it anymore – her husband’s beatings have become intolerable and she wants to take the young children and leave. ‘Okay’…you say slowly, processing. “Where do you want to go”? She does not know – she needs advise. Different unasked questions come at you: don’t you have family/friends, do you have steady income, what should I tell her and then it hits you…you know what the Zain, MTN, Glo customer care numbers are but have no clue where to go or who to call if someone wants to escape domestic violence.

The state has a responsibility to care for its citizens by providing basic facilities and services especially for those who for social and economic reasons cannot look after themselves. When it comes to domestic violence, the state is not doing enough to look after the women and inevitably, the children, who are victims. There are several aspects of managing domestic violence where the state structures are crucial, but sadly, the structures do not function the way they should.

The law is the first place to go to determine what options and protections a victim has. In Nigeria we have no federal laws on domestic violence and the one bill which could have offered some measure of cover for married women (or men) the Violence Against Persons (Prohibition) Bill of 2010 could not muster enough support within the 6th National Assembly to get passed. On the state level, Lagos State leads with its Domestic Violence Law of 2007 which even allows third parties such as the police, social workers and civil society organizations to bring actions in court on behalf of a victim. To support the law and deal with the critical question ‘where to go when your husband’s abuse finally becomes unbearable’ (and you know your family will say ‘go back – there is no space for you here’ and/or your friends will be wary of agreeing to three, four additional mouths to feed indefinitely) – Lagos has a 176-bed temporary shelter for victims of domestic violence in Ayobo-Ipaja Alimosho Local Government Area. This is a great start and a practical need which should be replicated across local governments in different states. But this is only the first step in liberating a victim of domestic violence and it is not without its disadvantages. Sometimes, because there are rarely enough of them, temporary shelters become run down, inhabitable and even dangerous and few are willing to expose their children to this.
For those who leave, the next step is to keep the violent partner away because there are usually repercussions. Abuse is about control and few abusers will be able to stomach the thought that what they control or ‘own’ still has enough ‘self’ to propel flight and so they go after them. In other jurisdictions, a mother who is being abused by her husband is not the one who has to flee – the husband is the one who leaves the home – even if it ‘belongs’ to him and there is an order which prevents him from being within a certain radius of the victim and the children. In Nigeria this protection does not exist and the police cannot be relied upon to enforce such an order in the event any court would grant it.

It goes down hill from there and the judicial system is complicit in the struggle to keep women trapped in abusive relationships.

A woman who decides to leave an abusive relationship has few options. If the man continues to pursue and threaten her – she can run away and leave her life behind or she can file criminal charges to get him off the streets and into prison where he belongs. That will take years and if he is a Nigerian big man then he will flaunt any order restricting his movement and never end up in jail. If she is lucky and the man and his family think ‘good riddance’, then she has to worry about looking after herself and her family. Now this is the part which keeps many victims of domestic abuse – especially in the Ikoyi and Maitama areas silent and accepting. Few people want to go through a grace to grass transition no matter how tortuous the gilded cage is – especially in a society where Money is god. For the woman who has no job or who leaves without any savings not even a certificate of occupancy to support the sale of property – going to court to seek maintenance for her and the children should be routine. Sadly, it is not. In every case I have come across whether involving a junior employee of the Power Holding Company of Nigeria in Okene or a Senior Advocate of Nigeria who is bosom buddies with state Attorney Generals, no domestically abused mother has been able to keep a roof over the children or even a monthly maintenance with an order from a Nigerian court. In one case, the man paid a few times and then realized it was cheaper to split the amount with the court bailiff to connive to frustrate remittance. In another, a female judge agreed to stay an order for maintenance granted in a foreign jurisdiction with no regard for how the children would be cared for during the duration of the case or the fact that the man could easily afford the modest order. And to crown it all, the Nigerian judicial process takes forever…so there is never really any justice by the time it crawls in with shattered kneecaps twelve years later.

These are some reasons why although the Lagos law has been in force for years, few cases have been filed and this is why only a handful will try to enforce even basic criminal laws on assault and battery against their husbands. It is why even though civil society organizations such as Project Alert are filling in the gaps left by the state by providing decent shelters such as Sophia’s Place in Lagos and free legal advise, there are no success stories about perpetrators being successfully tried and punished.

This is the answer for those who ask ‘why didn’t she leave?’ when they hear a story of serial abuse which ends in death, like people asked repeatedly about Titilayo Omozojie Oyakhire.

In the end, the state has ultimate responsibility and if it won’t get tough about handling domestic violence, maybe families of victims should start suing the state for neglecting its duties.