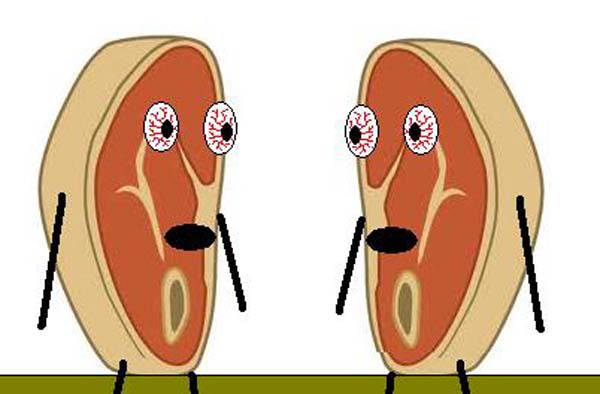 Everyone knows: the protests in Nigeria are no longer just about the removal of fuel subsidy. We know, the government knows and each side knows that the other side knows. The stakes have been raised with the single straw that has collapsed the mountain of captivity that has hitherto held Nigerians back from complaining about the fact that we are a resource rich, corrupt riddled and poorly governed nation.

A lot is at stake with this movement and there is no going back from the lines drawn in the sand. For now the FG’s line is N97 a litre, an order to get back to work and extreme military presence on our streets. For reasons we can only presume to know President Jonathan is convinced that the protests are not genuine – Nigerians know too little about the country they live in to truly protest a policy that will impoverish them – instead the 2 week protest is the work of CPC, ACN, the IOCs against the Petroleum Industry Bill and the people who shot JFK.

Since it has become a prerequisite that those in government and power lose all sense of empathy and reality – it is necessary to break down the crux of our resistance to being impoverished by a government which wants us to subsidise its excesses.

Despite what people like Atedo Peterside, Chairman of Stanbic IBTC and member of the President’s economic team would like us to believe – those in the cities are not alone in ‘enjoying’ the subsidy. The argument that people in the village do not enter petrol-fueled vehicles from one end of the year to another has to be one of the – how does one say this respectfully – most asinine arguments made in support of the removal of fuel subsidy. At The Economist conference in Abuja last year, the CEO of Nestle complained that it was cheaper to transport goods from Holland to Lagos than it was to take the same goods from Lagos to Maiduguri. This is because we have no alternative means of transport in Nigeria apart from roads – so all goods and services in Nigeria are tracked with the smell of petrol or diesel. This means although the grandmothers in Gada or Nembe might never need a ride in a petrol-fueled vehicle – their food, provisions, drugs, mobile recharge cards all do. Mr. Peterside also seems to be unaware that the “I-better-pass-my neighbor” generators which the majority of self-entrepreneurs rely on to power their business run on petrol – so again everything from the barber to the tailor will have to increase the cost of their services to accommodate the over 100% increase in the price of petrol.

The price increase of petrol has impoverished the majority of Nigerians overnight and decimated our savings. The cost of everything has gone up in a country where every household is its own government: we provide our water, our electricity, our security, our health, our education and even social welfare to our defendants. This means no matter how hard we work, we will feel stretched, pinched and unable to afford anything but the basics. It also means there will be even less for our dependents (grandmothers who don’t ride in cars) even though their costs have gone up.

This general state of impoverishment and injustice (the fat budget our elected and appointed officials will live off in 2012 and governments refusal to deal with corruption) will result in another issue: increased crime which will quite naturally be targeted at the shrinking middle and lower classes who do not have the security protection that government officials have and which we help pay for. This will further exacerbate the sense of insecurity and suspicion under which we currently live with Boko Haram and the unending cycle of religious and ethnic violence.

These are some of the immediate consequences of the refusal to revert to N65 per liter. Long term, impoverishing hardworking Nigerians, while subsidizing the greed of elected and appointed government officials, means that the value of education and hard work will continue to be eroded. We already have a get rich quick mentality and there is no longer any dignity in labour. By making it near impossible for hard working Nigerians to live with dignity on the fruits of their labour– we will be hammering the last nail into the coffin of hard work and integrity. The refusal of government to listen to the people means that in the future many Nigerians will refuse to speak up or protest even when they feel strongly about an issue. This will diminish the quality of our democracy and those in authority will loose a real and immediate measure of what people think about their policies. Finally, politics will continue to be a do or die affair in Nigeria because it will be the only sector where you can earn and amass more than you deserve and be accountable to no one, and Nigeria will continue to deteriorate economically, socially, politically, morally and spiritually.

This is what is at stake and this is why many are still on the streets despite Labour calling of the strike; we recognize that this is a battle for the soul of Nigeria.

Merely unilaterally reducing the cost of petrol to N97 a liter and throwing in a few platitudes about investigating the subsidy corruption and making cuts in the budget is meaningless without any timelines and specifics.  In short, we are getting the same old promises and it is unconscionable for us to sacrifice the lives of Ademola Aderinto and Muyideen Mustafa and the twenty other Nigerians who have been killed.

Fundamental systemic change is what Nigerians want  – not a temporary reduction of the price of petrol when ten weeks later we will be back at what the government calls full deregulation which will make the petrol we consume subject to the international price of crude. A well-meaning government would revert to N65 per liter for petrol for a year and provide no more than N300 Billion in the 2012 budget for this. The 2012 budget would be revised to trim all the excesses which Nigerians can now recite in their sleep – and the money for the subsidy and the turn around maintenance (TAM) would come from the money ‘recovered’ from the excesses.  The TAM of our refineries which are working at 11.2% capacity according to the November 2010 KPMG report commissioned by the Ministry of Finance must increase our capacity to at least 80% within the year. The investigation, prosecution and punishment of those responsible for stealing trillions of naira from Nigerians must also be carried out within this year and the correct version of the Petroleum Industry Bill which will transform our oil sector must be passed. This time next year – as the National Assembly receives the 2013 budget –we would have improved the state of affairs in our petroleum sector and we can increase the price of petrol – if necessary because if we are operating at 80% capacity then we should be refining at least 388,000 barrels of crude a day (since our current total capacity is 485,000).  These are some of the things President Jonathan should have said in his address yesterday. Instead he squandered the opportunity to do what no African head of state has ever been strong enough to do: apologise to the people who voted for you, take responsibility for being ill advised and assure Nigerians of meaningful changes to address the central issues of corruption and injustice.

The struggle is not over – this strike has been historic, we have never been so united and many have never been prouder to be Nigerian. We have a fundamental, constitutionally guaranteed right to protest and if we have ever asked ourselves – why this country remains oppressive or asked ourselves what can we do to change things – here is our chance: don’t give up. We need to speak out, do something to make our protest known peacefully and dig in; let’s go the distance – there is too much at stake.