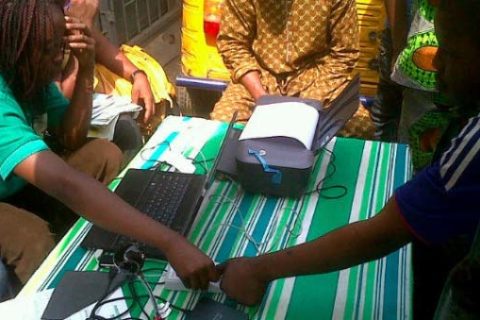 INEC’s request to extend the timetable for the 2011 elections from January to April has turned up the heat underneath our already simmering political environment. As right as INEC was to disclose that it is already 6 weeks behind schedule, it should also get pummeled for giving us a time line 3 weeks ago which it must have known it could not keep. Now in addition to the endless discussions and sniping about zoning, we have to add amendments to the 2010 electoral act (the Act) and another attempt at amending the 1999 constitution.

If the newspapers are anything to go by, the focus of attention is on the electoral provisions dealing with the ‘election of governor’ and ‘election of the president’ which provide that elections for governors and the president should take place not earlier than 150 days and no later than 90 days before ‘the expiration of the term of office of the last holder of that office’. This means that elections have to be slated at the latest for February 28 – if we presume that the expiration of term is May 27 (since May 29 is a Sunday).

One: when is INEC going to tell us where the registration centers are and why isn’t there a statutory time frame within which INEC must do this? The issue here is that while all the energy is focused on the election timetable – the major component of credible elections – the voters’ register has been given scant attention apart from the issue of finance and suppliers. If INEC does not give us enough notice about where, when and how we are to register, then it is unlikely that the registration process will be as successful as we all want it to be.

INEC will respond by asking us to look at another provision which says we can apply to the resident electoral commissioner in the state where we reside and get him/her to transfer our names to the Transferred Voters List. This is not a practical solution. Apart from the expected bureaucracy which eats up time, anyone who wants to transfer his or her name has to provide proof of residency. Which means, millions of people who have no written leases with their names on it, or who don’t get billed for water and/or electricity and who subscribe to pay as you go telephone services might find it hard to prove where they live. (This might be a good opportunity for the NCC to show us how efficiently they have ‘captured’ the data they have forced us to provide). It is advisable that we avoid relying on this provision. In a nutshell: register where you mean to vote. In other words, ‘employers please do your share for democracy and allow for countless hours where we will away from work because of the registration process.’

Three, after we avoid the mines associated with where we register, we still have to qualify to register. There are different requirements but particularly interesting is that the registration officer has a right to demand any information necessary to ascertain if you are qualified to vote. Since one of the qualifications is that voters must not be legally incapacitated to vote, good luck proving that you are qualified to vote if the registration officer decides you ‘look’ like someone legally incapacitated.

Six, the Act makes it a punishable offence if the day before elections anyone uses “print or electronic medium” to “broadcast, publish, advertise or circulate any material for the purpose of promoting or opposing a particular political party or the election of a particular candidate”. Does this mean that if my Facebook status update says “hey remember IBB was not nicknamed Maradona for nothing” or “say no to ‘army arrangement’ PDP” I will be guilty of a crime? Why? Isn’t this in conflict with my right to freedom of speech guaranteed under the Constitution? As long as I am not inciting hatred against any group or promoting violence why should a reminder to help people select their candidates wisely be considered a threat to peace and stability?

The Electoral Act is littered with many more ambiguous & mischievous provisions, ripe for abuse. As CSOs rev up to mobilize Nigerians’ to register and vote, they need to keep their eyes on those provisions in the Act which can be used to disenfranchise or discourage voter participation. Since INEC and the National Assembly are not paying any attention to these provisions – we need to guard against abuse by putting a spotlight on tricky provisions. If we cannot get these provisions revised before the elections, we should be able to get INEC to clarify the provisions to prevent that the abuse which will come from arbitrary interpretation. It is only Professor Jega’s integrity that has been applauded – INEC still has most of the employees which managed the 2003 and 2007 elections – we need to help him ensure the 2011 elections have a fighting chance of actually being credible.