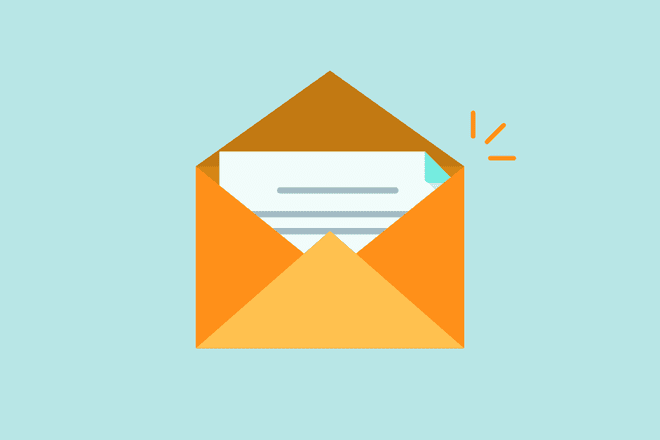 Do you ever drive around Abuja, may be at night after a hard day at work? Have you noticed anything absurd about the way the landscape has changed or does the tint from your bulletproof car prevent you from seeing clearly? Our security agencies, from the police to the state security services have appropriated entire blocks of public property in order to protect themselves. They have cordoned off these areas so that Nigerians on their way to work and back on some of the busiest routes in the city have to resort to sharing the lane of oncoming traffic. Commuting takes needless hours and tension and adds to the suffering of Nigerians that you and your government seem immunized against feeling any empathy with.

Please tell us – is this a permanent solution to the menace of insecurity or is there more that we can expect from our security agents which will serve to protect all Nigerians not just a few and not at the expense of our freedom of movement? Please tell us what the rationale of taking over the public road in front of the Police Headquarters is when a rocket launcher with a range of 20km can be fired from across the road directly into the Police headquarters which is supposedly being protected by these barricades. Those barricades can only protect against the threat of suicide bombers intent on using speeding cars. Has it occurred to the security agencies that like the rest of the world the terrorists in our midst also watch movies and have access to the Internet? Has it occurred to the security advisers that the funders of the terrorists will change their tactics to meet the weak actions taken by the security agencies? So what is the long-term plan or should we expect that this is the way we live from now on?

If you can evade your security agents (shouldn’t be too hard) and plant yourself in a bus heading towards Kaduna on any day of the week – you will be amazed at what people have to go through to engage in inter city commerce or movement. The experience will be one of the most excruciatingly spent 10-hours you have had to live through and when you think that a section of Nigerians have to go through this several times a week – you might begin to understand why we are so aggressive and unproductive.  On each leg of the journey you will go through at least 6 security checkpoints alternatively manned by the police and by the army with the barricades set up at least 2 kilometers ahead of the checkpoints. As five lanes filled with oil tankers, cattle filled trucks and buses laden with humans squeeze themselves into one lane to endure the once over from the x-ray vision of the security men standing with guns cocked, you will be forced to ponder about the inhumanity of man to man And this will be at Zuba, barely 10 kilometers away from Abuja but an hour and a half into your journey.

As you sit in silence – hopefully with head hung in shame, you will be startled by sudden activity and your heart will leap with joy as you see soldiers in uniform sprinting between the cars and trying to clear a path to the checkpoint. Fellow commuters in your bus will hiss and turn their heads away muttering to themselves. Then you notice that the cars have stopped moving altogether as the sweating soldiers who have run head several kilometers of their one star general’s motorcade have blocked all movement. One of your green coloured army vehicles zooms past leaving behind a cloud of dust for you and your fellow passengers to choke on and other motorists leap from the queues to join the convoy of the officer  – even if only to move 10 cars down the road to freedom. After the second time, your heart will stop leaping with excitement at the sight of men dressed in uniform clearing the roads – they are not clearing the roads for you and the rest of Nigerians who are trying to get where they are going – they are clearing the roads for themselves.

These types of checkpoints are all over the place enroute to and from Abuja, Kaduna, Zaria, Maiduguri, Jos, Minna, Madalla and ironically the bombs are still going off in many of these places – most recently Jos and Madalla. We have to ask: have you and your security advisers thought about the efficacy of these roadblocks? What exactly is achieved and what exactly do the red-eyed or sunglass-wearing soldiers see as people packed like sardines inside a bus drive slowly past them? Have you considered that these checkpoints are a suicide bomber’s carnival in the making?  Think what damage just one car bomb can do at a strategic part of a checkpoint…when there are at least 14 fuel tankers, 8 luxurious buses and at least 100 cars waiting along a 2 kilometer stretch? Then again, it seems so obvious, maybe you have thought about it and do not care. It might be that these checkpoints are supposed to be our punishment for being citizens in a country where Boko Haram can thrive. Maybe there is truth in the allegation that the security agencies know that the checkpoints are ineffectual, and merely want to see us suffer so that we can turn in Boko Haram…but how can we turn in Boko Haram when we do not know them. Besides, you seem to know them a lot better than we do since you have proclaimed publicly that the members of the sect are within the three arms of your government. So why drag us into it?

It says something bad about the people who claim to serve this nation when all our public institutions are heavily barricaded against us. Only people with really bad intentions such as to connive with the legislators to dupe Nigerians with inflated contracts will brave the tedium of going into the National Assembly today. These are the people who are supposed to be our direct representatives in government, yet to see them is as hard as finding an ice cube in hell. Multiple checks, including giving up your phones and then a long trek like slaves on a plantation to the different buildings – without the simple courtesy of providing shuttle buses. Maybe someone has not thought about this opportunity for a contract.

Gross incompetence, intellectual feebleness and insensitivity: these words sum up the handling of Nigeria’s security situation by your government and security agencies. Together you cannot protect us, you are more concerned with protecting yourselves and are endangering our lives even more with your puerile redundant security maneuvers.

Mr. President are you aware that despite the roadblocks, in the last week bombs have gone off in Kano, Gombe, Koton Karfe and most recently Jos? Since our country came under public siege we have not seen anything remotely innovative from the security forces – all the focus and strategy is intent on harassing the citizenry and making life as unpleasant as possible for us.

I have never written a letter to a president before and hope not to make a habit of it, but I write as a concerned citizen who feels quite certain that all these security manouvers – the barricades, the appropriation of public roads, the physical imprisonment of Nigerians for hours on our roads, just underscores how little you care about us and it is merely hardening many hearts against you. In a country with no alternative means of land transportation, it is a disgrace that we have to put up with the type of useless roadblocks we see on our roads. In a country where our roads are in bad shape, it is inexcusable to expose us to additional danger. We sympathise; the government must be seen to be doing something about the security issues, but shouldn’t that be more time spent on intelligence gathering and more time getting our local and state governments to work the way they should?

Don’t take my word for it; just go on this round trip to Kaduna and you will see that there is no value in these roadblocks except to torment us. We are already tormented – we have no power, no health or education system, no jobs, no security, no welfare, no justice and no faith in government. Please take your barricades and checkpoints off our roads and let us have this little right to move around in relative ease to share our lives with our friends and families and do what little business allows us to keep our heads above water.

In the name of security, your government is doing terrible things to the people and it is time to reassess your strategies and focus on areas which will yield maximum benefit to the majority. If indeed you need Nigerians to help fight the growing menace of terrorism, then you should not alienate us this way…think about it.