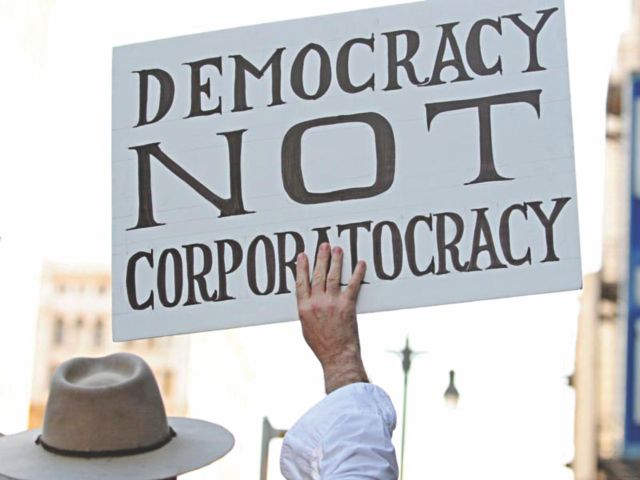 We are in a bind. Not Boko Haram, MEND, the increase in the pump price of fuel aka fuel subsidy removal or the lack of power (not polio, maternal mortality or unemployment either). It’s our democracy. Citizens are loosing faith and it is hard to blame them. Last year’s general elections saw an average of 42% of voters at the polls but the numbers are sliding fast. In the recent gubernatorial elections, Cross River voter turnout was estimated at 37%, Adamawa was 37.5%, Sokoto 29.9% and Kogi 35.1%.  Nigerians are disenchanted, not necessarily with democracy but with the quality of candidates and the process and are refusing to and according to Project Swift Count this ‘an impediment to deepening the democratic process in Nigeria’.

At the root of the voters disenchantment is the extremely undemocratic way our major political parties are run. If the political parties do not believe in democracy in managing their internal affairs – how can they be the conduit for delivering real or at least relatively decent democracy for Nigerians?

As the energy and excitement around the 2011 general elections ebbs away, it takes with it the feeling of hope and belief that Nigerians can take control of their political destiny and choose representatives who will serve them truly. Most Adamawan’s felt it was a travesty of justice that Governor Nyako would be returning to the State House when in fact, the majority did not vote for him. The combined votes for Against (real) Congress of Nigeria (ACN) and Congress for People-unfriendly Change (CPC) were 54% which means the Governor shared the balance with other parties and if people’s rhetoric is to be believed…then even the votes he got were magical votes – the type which come from out of nowhere.

While we wait for Kebbi and Edo gubernatorial elections, the political machinations of the People’s Decidedly-undemocratic Party (PDP) provide some insight into internal party workings and explains why Nigerians are not gaining much from the expensive democratic system we pretend to have. Since PDP ejected its Chairman before the end of his tenure, we have had months of entertainment at the expense of the various insipid recycled politicians vying for the position. However, as PDP’s national convention draws closer and ward congresses conclude, it is no longer comical how undemocratic the party is – especially considering it has been Nigeria’s ruling party for 13 years.

The first problem is around the selection of the chairperson of the party. Between 11-16 Nigerians from the North East of Nigeria where the PDP chairmanship has been ‘zoned’ (zoning is alive now) started out wanting to contest for the position. However, the party leadership, working feverishly behind the scenes to have a ‘consensus’ candidate has undemocratically reduced this number to 5. Why can’t the selection of the PDP National Chairperson be an open and fair contest? It is logical to want a consensus candidate – but only through the ballot.  Why are “appointments into the federal boards” being dangled in front of them as an incentive to ‘stepping down’ for the consensus candidate? Most importantly – where are all the PDP members…indeed who and how many are they? The Internet can tell you how many Americans are registered as Democrats, Republicans and Independents but the self acclaimed ‘biggest party in Africa’ cannot tell us how many people are registered as party members on its website. Why then is it called the biggest party? Is it for the size of the stomachs of the men in the party or the size of their pockets? Zoning already narrows the candidate pool and then they top this by ‘selecting’ the winner. Would it have been out of place to get the contestants to debate about their vision for the party and the value they intend to bring and then let the party faithful’s vote for the best person? By their actions, the PDP is saying it cannot trust its members to choose the right leader for the party and by extension, Nigeria.

The second problem is the way the entire party is structured to keep people out and make decisions in secret. The PDP Constitution provides for various committees such as the Board of Trustees (to manage harmony of the members) the National Caucus (to manage the relationship between the executive and the legislature) and the National Working Committee and the National Executive Council (to amongst other things, ‘ensure that all the organs of the party function democratically’ and ‘execute’ the decisions of the national convention) and the National Convention…and the same people are on almost all the committees.  One would expect that the National Convention refers to all the members of the party; but this is not the case. The National Convention, the supreme and controlling authority of the party, is still only ‘representative’ of the whole. So when do the whole come together to take decisions as the whole? When or how are the views of the party members taken into consideration? When are their voices heard? It seems never – and this is the structure for the party which intends to rule for 60 years.

We have a situation where the party leadership structures are not representative of Nigerians and still there is little avenue for party members to engage and have an influence over party policy. The usual weak, watery tokenism is made to women and youth (with no age definition so that the current acting youth leader looks at least 50 years old) but this is not enough to ensure that the policies will be beneficial to the majority of Nigerians.

The third problem is that it seems meaningful change is near impossible within the current party system. According to news reports, the recent recommendations on proposed changes to PDP’s constitution has caused tensions within the National Executive Committee – so bad that senior members were threatening to abandon the party (not that it makes much difference to us). What is glaring when anyone digs into the disagreements which are all tied to who sits on what party committees is that gaining and securing power to checkmate and blackmail each other is all the politicians in PDP are concerned with. Why do the governors want seats on the National Caucus when they already sit on NEC? And on the flip side, why don’t the legislators in the Caucus want the Governors there? None of it has anything to do with good governance, transparency and accountability for Nigerians. Instead of trying to sit on every possible committee, why aren’t’ the party leaders trying to inject fresh people to deal with the massive discontent around the country? On the home page of the PDP’s website, the acting chairman calls for people to join the party. What do they want more members for? To clap, sing and fill their ears with false praise? The PDP do not really want people to join and strengthen and improve the parties – they are content with the way things are.

All these problems combined with the bad governance we have suffered from PDP for the last 13 years, is the reason why less than 4 out of 10 registered voters care to vote. The other parties are not any better by a hair’s breadth and it is no wonder the Nigerian voter is apathetic and has resigned himself to ignoring the entire process. And for those who are more desperate about their inability to impact on the polity, violence becomes the only way to engage.  If democracy means “a form of government in which the supreme power is vested in the people and exercised directly by them or by their elected agents under a free electoral system” – then can the processes hatched by our political parties to manage their internal systems be called a democracy?

Do we give up on democracy because we cannot make our votes count inside and outside the parties? Sir Winston Churchill said “No one pretends that democracy is perfect or all-wise. Indeed, it has been said that democracy is the worst form of government except all those other forms that have been tried from time to time”. Which means as much as our practice of democracy may disgust us, it is still the best option and now more than ever as our country seems to be disintegrating from the forces of discontent and decades of bad governance, we must fight to for real democracy and make it work for the benefit of the majority of Nigerians.

So here is a strategy that just might work – let’s flood the political parties in millions and go and make the party ungovernable with petitions and law suits and demands for change force them from the inside to change the way things are done. We have done the waiting at the polling booths quietly to cast votes which never count…lets invade the parties. It is time to infiltrate to dominate.