The fruit from the tree (Part 2) 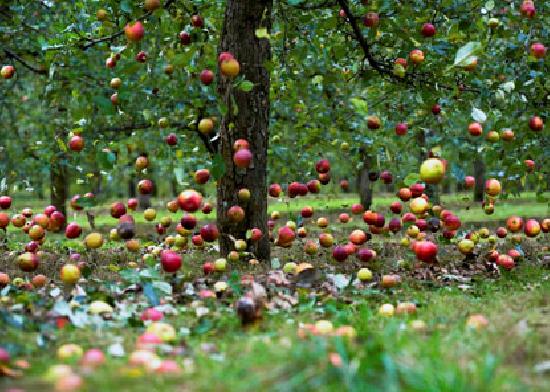 Nigeria at independence was built on the strength of the three dominant regions on the back of a series of constitutions that sacrificed a national identity at the altar of ethnic paranoia. According to Falola and Heaton, the colonialists and those at the forefront of the struggle for independence did this ‘by determining that access to power at the national level would be derived from power within the regions.’  And since the regions were focused internally- on controlling the people within it and keeping others out, the basis for decisions was rarely for the good of the nation, but instead for what was good for or would advance the objectives of the regions.

This is what we inherited and it is this obeisance to our regions and ethnic groups which has driven politics, the civil service, the army, the management of the economy and everything about the way we operate. Now, as we contend with failed statehood many are worried that the center can no longer hold…at least not in the manner that we have become accustomed to. The political chess masters and pawns all agree that that things need to change; but what has to change and why?

For one, in the context of previous and current secessionist bids and threats to ‘break away’, a sincere government would want to take a firm hold of the issue and help the nation take a conscious decision to stay together because we are stronger as one entity and we are to blame for our underdevelopment. We have held ourselves back from being everything we can be by allowing politicians and their accomplices to distract us from working on our complimentary strengths. Usman and Abba’s theory that the amalgamation of north and south in 1914 was not an accident or merely for the administrative ease of the British is a good start. They argue amongst other things that there was no ‘north’ or ‘south’ as existing units before the British roughly cobbled up the Sokoto, Borno, Jukun empires etc. in the north and the Oyo, Niger Coast and Oil Rivers protectorates etc. in the south and so to say ‘north’ and ‘south’ were merged is not correct, instead various different units were sewn together and so undoing 1914 is not as simple as saying ‘north go your way and south go yours’. Only those who have exploited the country for years have benefited by the rivalry and distrust between the major ethnic groups and they are the ones who keep drumming on the fact that we do not belong together so that the majority of Nigerians continue to see the reason for limited resources as the fault of the ‘others’. We need to stop wasting energy discussing whether we belong together and focus on building structures which will make government more transparent and accountable to Nigerians.

Two, we need to change our government structure and system because it is too expensive and inefficient to maintain. In addition to reducing the number of states so that only those that are independently economically viable exist, we also need to cut the number of representatives in the national and state assemblies or at least, change their terms of reference so we have part time legislators (they already work only 3 days of a week). This would trim the number of ministers and commissioners and make it easier to hold governments accountable since amongst other things we would be eliminating the duplication of responsibilities.

Thirdly, ethnic based federal character/zoning/quota/affirmative action, by whichever name people prefer to call it, needs to come to an end. It has run its course and if it had been used judiciously it should have addressed the historical imbalances it was meant to mitigate. Instead, we have made it a crutch to excuse mediocrity. To be fair, there are many who are worried that this ‘let’s all eat together’ practice is the glue which has held us together and held at bay the ever lurking psychosis that one ethnic group will dominate the other and thus upset the apple cart. This is not true. By and large after 50 plus years of independence the most charitable thing that can be said about the three original regions (north east and west as they largely exist today) is that in the north, although they have allegedly held onto the reigns of government longer than any other group, this region suffers underdevelopment in all the major human development indices (poverty, health, education, economic empowerment). The southwest cannot seem to break its pattern of perfected regionalism as ‘opposition’ to the ruling party but this still has not translated into any major improvement in the lives of the people who live within this region or a better practice of democracy. And in the east…the southern parts also suffer from low human development indices and seems doomed to continue its pattern of coalition player – always the concubine for most of the North’s ‘control of government’ and too eaten up with the pre-independence past to consider forming a different alliance.

The opportunity for a successful tree grafting operation is between now and 2015. Just like President Jonathan’s people and ex president Obasanjo are preparing, civil society, the middle class and other well meaning Nigerians must prepare. We need strong candidates from outside the nucleus of the existing political establishment in charge of government for a change – that is the only way we can break from the past and build a better future.

*Apologies to readers; I could not deliver article on ethnic politics (1960-1966) because of insufficient time for research. Reference material for this article includes: A History of Nigeria by Falola & Heaton and The Misrepresentation of Nigeria by Usman & Abba.