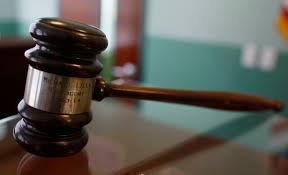 A few weeks ago the Socio-Economic Rights and Accountability Project (SERAP) released the results of a survey on Magistrate Courts which indicated that 70% of Nigerians believe that the country’s judiciary is corrupt. It was tempting to dismiss this as applicable only to the magistrates but lately we have heard indictments of the judiciary for corruption from former Supreme Court judge, Justice Kayode Eso, from Nuhu Ribadu on the Vaswani brothers’ case and Major General Ishola Williams (rtd.), Chairman of Transparency International (TI) in Nigeria, who claimed that election tribunals were enriching judges. It is also enticing to make light of the results as merely an echo of society especially considering Nigeria’s ranking on the corruption perception indices, but if we think of the role of the judiciary, particularly in our current state of rule of power, we must be aware that our last line of protection from the abuse of office, the judiciary, is severely weak. This is why people prefer to settle disputes with guns or force – because there is no faith in the judiciary.

Why do we think judges are corrupt? What are the obvious manifestations of corrupt judges? The trappings of wealth cannot be the sole indication because although judges are famously paid poorly, judges may have independent sources of income.

Unfortunately, the SERAP report did not deal with this but it provided a few reasons why judges are corrupt i.e., ‘undue influence from the executive and legislative branches, low remuneration, lack of accountability and poor enforcement’. But I am not convinced. Judges should have the strongest moral convictions and strength of character which should make it easy for them to rebuff the interference of the executive and legislature and push for judicial reform which would make their judgments more effective and more beneficial to the public. Also since judges all over the world are paid badly, surely it is an aberration to be a wealthy judge and one would presume a wealthy judge would face the constant discomfort of having to explain their wealth…then again considering our societal priorities, maybe not.

There might be other reasons why Nigerians think judges are corrupt and maybe this is because we do not know them, what they stand for and what their values are. The Rules of Professional Conduct for Legal Practitioners provide no support for the reticent nature of Nigerian judges; nothing which says judges should not give interviews and connect with the public. However, there is popular thought buttressed by Justice Oputa last week in his interview with The Lawyer, where he explained that ‘Attitudes and Conduct at the Bar’ advised judges to ‘keep to themselves and not attend parties because if they became friendly with people, these same people could end up in their courtrooms’. I think Nigerian judges take this to the extreme and in a perverse way; maybe this is what allows them to be corrupt. They are so far removed from the people that they have no feelings for them, have no connection and so cannot see the impact of judicial corruption. For many students of law, it is not until the Law School that we get the chance to interact with judges during court attachment and for many, that’s all the interaction they have. Unlike law schools abroad where the curriculum is designed to ensure as much exposure to members of the legal profession, here our judges rarely visit their alma maters to speak during convocation or simply mentor future lawyers. And we do not have the clerking system that the United States courts have where the best students graduating from law school get to clerk for judges (do their research, help write judgments etc.) getting a chance to learn from and influence each other. These are all things which would humanise judges and bring them closer to the people they are supposed to serve and maybe make it more difficult for them to cheat them with wrong or weak decisions.

So my theory is that judges are being falsely modest and they want to stay under the radar so they can be corrupt without calling attention to themselves. Because despite keeping to themselves and not having a public profile they are still perceived as corrupt. Is it possible that a judge who is in the public eye, and whose values and positions are known would find it harder to be corrupt; like the adage ‘a gold fish has no hiding place’?

Lord Denning, one of the most famous judges in the last century, was often referred to as ‘the people’s judge’ and was very much in the public eye. He has been described as “the most influential judge of the 20th century, in part because of his changes to the common law and also due to his personalisation of the legal profession.” At the height of his career he embodied the Court of Appeal and it would be hard to argue that the British legal system was worse off for it. No time in Nigerian history has been as ripe as the last twelve years with cases requiring strong judicial decisions with judges unafraid of striking out on a road less travelled but I hear and read of none.

There are many theories on how to improve the integrity of the judiciary. The SERAP report recommends the security of tenure; promotion and discipline regime; the advancement of professionalism, continuing education and training of magistrate and support staff; and ensuring sufficient transparency to command public confidence. These all sound generic and shallow and I am not sure this will do the trick. I also do not buy Justice Eso’s call for yet another establishment – this time a distinct body to handle graft in the judiciary. What on earth are the Body of Benchers, NBA, ICPC, EFCC and the NJC there for? And why does he think the proposed Judicial Performance Commission, comprised of retired judges (the same judges who were corrupt before they retired?) will be able to oversee disciplinary matters pertaining to judicial officials?

I think the answer might be more sociological than process driven. We need to expose corrupt judges publicly and retire them compulsorily. They need to be stripped of their façade of respectability and people need to be encouraged to speak up to independent bodies such as the Public Complaints Commission (hopefully not headed by a judge) or other anti corruption agencies and share details of corrupt judges and court administrative clerks and let real justice take its course.