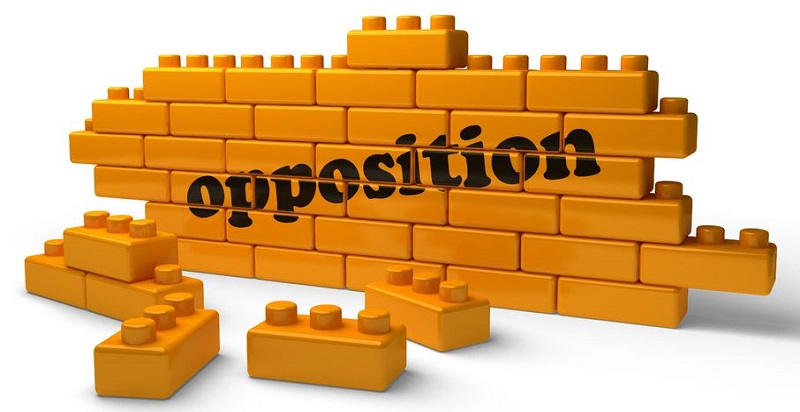 It would seem that the opposition parties are serious about putting up a credible fight for Aso Rock in 2015, but in reality it is unlikely anything new will happen as long as the same people are behind the opposition. Given the antecedents and general performance of members of the opposition parties, it is a fair assessment to say that currently we have no real political opposition to the (Peoples Democratic Party) PDP at the federal government level.

Within the federal legislators although we have 37 non-PDP members in the Senate (10%) and 155 non-PDP Representatives (43%) you would be forgiven for thinking the entire National Assembly (NA) was made up of card carrying members of the PDP. Rarely do we get the sense that the PDP Presidency and the PDP dominated NA are under any type of scrutiny by the legislative branch – instead they work in harmony in the name of political necessity which is always to the detriment of Nigerians. For instance, what was the position of the opposition when the NA increased the already inflated and wasteful 2012 budget by N228.4 Billion? Did they put up a fight or raise an alarm – this is the type of engagement on a consistent basis that Nigerians should expect from the opposition if we had a healthy developing democracy. So unused are we to seeing any type of concrete policy debate or opposition, except when it came to Obasanjo’s third term agenda and the installation of Tambuwal as Speaker (which was made a lot easier by the fact that the President’s candidate was female) that even this latest threat to impeach President Jonathan seems more like a cry for attention than for anything which will actually benefit Nigerians. Why warn the President about an impending impeachment on the eve of the NA going on recess? Is it really to give him time to implement the budget – in which case, wouldn’t a formal letter to that effect work as well? Granted, the 7th House of Representatives seems to depart a hair’s width from the 7th Senate and the Houses of the past but as long as the opposition parties lack internal democracy and cannot differentiate themselves ideologically from PDP, then they are just PDP in chameleon clothing.

In the SW the Action Congress of Nigeria (ACN) has managed to push PDP out and in the middle belt, pockets of the north and one state in the east, a few states have also held out for the opposition, but it is hard to tell them apart from PDP when it comes to results which improve the lives of the majority of Nigerians. The State Houses of Assembly are almost entirely made up of members from the same party as the governor and where there are a few members from opposition parties…we hear nothing of what they do or what they attempt to do to hold the ruling party accountable.

There is more to being opposition than releasing statements every time the President and/or his wife or some ministers have goofed (a full time job these days), without more, it is hard to assess the opposition critically. The stakes for the Presidency and indeed Nigeria in the 2015 elections are extremely high and many want PDP out or at the very least, a radically different type of PDP candidate in 2015 and since that is unlikely, the opposition stands a good chance but only if they get their act together.

The opposition knows this and this explains why the Congress Party for Change (CPC) and ACN has reportedly commenced talks early about how they will work together to win the presidency. However, to do this they have to achieve something they have so far been unable to accomplish: hammer out the details for how the merger or collaboration is going to work and agree as soon as possible who will be the president and who will be satisfied with being the vice president. While expediency might prevent the public and by default PDP from knowing the details of what the CPC and ACN agree for 2015, a winning strategy should incorporate and focus on doing things differently for a change.

One, both General Buhari and Asiwaju Tinubu should drop and finally bury their presidential ambitions. Both of them together will not fly in 2015, and any ticket with either of them will still be a hard sell. If Nigeria, not their egos, really takes 1st place in their considerations they need to find at least 2 winning combinations of President and VP and start preparing them to win. Sadly, apart from Fashola, none of the ACN and CPC governors will pass muster so they need not go to the old fishing well, they need to go into the field and be thorough. These candidates cannot be of the Abubakar Mallam variety who as the gubernatorial candidate for CPC in Kebbi State, defected to PDP mere days before the elections.

Two, they must actually be ready to work and do so on a sustainable basis until the 2015 elections. It would help if their members in the NA started acting like a proper opposition with a vision. We need a blue print for Nigeria with the depth of what Chief Awolowo used to churn out in the first republic and we need the election in 2015 to be about issues, plans and proven track records; not about ethnicity, religion, shoes and good luck.

Three, the opposition needs to start working with advocacy groups and the legislators to amend the Electoral Act 2010 prior to the 2015 elections to ensure a level playing field. Given our 50-year history of rigging elections, they should be very worried about the voters register; the collation centers and the way results are announced in aggregate. What we need is transparency and checks within the Act to curb the strong disdain politicians have for our votes and a provision saying anyone voted on a party platform who “moves” to another party after the election needs to give up that position – either that or our ballot papers carry the names of individual candidates not party symbols.

We would know if the opposition was ready for a good and fair fight in 2015. We could feel it in Edo – that Governor Adams – up against the giant PDP machine had a chance…right now, there is little to inspire hope in the current opposition especially when the players have not changed.