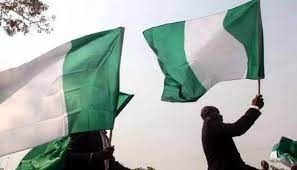 In the wake of the tragic murder of Deborah Samuel, a student of Shehu Shagari College of Education, in the name of religion, the air is hot with calls for restructuring Nigeria.

Yet again, we are provided with an opportunity — should we want one — to examine the connections between our politics, our governance, our tragedies and our refusal as citizens to exert our will and ensure that elections influence policy and governance.

The call is an old one: we have fundamental irreconcilable differences anchored on our diversity of beliefs, and culture and this makes Nigeria schizophrenic, stuck with self-cancelling visions of what progress is and what life should be about.

The belief is that restructuring will be the silver bullet to end all ills, but states being able to decide what laws they want is an example of what a federation allows. The benefits of federalism are its limits.

The United States of America raises these challenges with federalism constantly, most recently with state laws criminalising abortion to the extent that they deny women what should be unalienable rights protected in the US constitution.

Built into the folklore of the creation of the 1979 Constitution is the drama, including walkouts, around the inclusion of Sharia but less appreciated and told is how we got into political sharia. It started in Zamfara when Ahmed Yerima of child marriage fame was governor.

Between 1999 and 2003, nine states, including Zamfara, were controlled by the All Peoples Party (APP), 21 were the Peoples Democratic Party (PDP) and the rest Alliance for Democracy. In preparation for his second term, Yerima faced the bottomless funds of General Gusau of PDP and came up with weaponising Sharia as a strategy to beat him.

He whipped up sentiments in a way that would have resonated, considering Nigeria’s president at the time was Christian and soon, this ‘solution’ to PDP encroachment became APP and even ‘northern’ policy, pressurising governors such as Ahmed Muazu of Bauchi, who was in PDP, into adopting Sharia by suggesting that governors who did not adopt it where not good Muslims. Everyone who wanted a second term fell in line; the rest is history.

Unfortunately, this development coincided with the gradual replacement of fairly benign Sunni Islam with the extreme Wahabism ideology sponsored by Saudi Arabia. Now extreme views have become more mainstream, and Imams seeking popularity and funds continue to fan the flames with allies within the political class.

A hardline version of Christianity, the exclusionary brand, has also gained ascendancy, deepening divisions and making it increasingly harder for Nigerians to tolerate and appreciate their diversity.

This situation is further exacerbated by lack of political will and an incapacitated state unable to protect, investigate, apprehend, prosecute and punish all criminality done in the name of religion or in the throes of mob passion.

The absence of rule of law and the dearth of courage in politicians, particularly those from the North, has implications for social cohesion and the peace and security required for development and commerce and the longevity of Nigeria. Boko Haram, Islamic State and other extremist groups feed off, use and exacerbate the disharmony between Nigerians to achieve their objectives.

The politicisation of Sharia and religion means taking the necessary stance against murders, looters and arsonists hiding behind religious outrage might spell the end of a person’s political career, but this is exactly what Nigeria needs now: federal and state executives who will be firm about protecting all minority rights, tackling hate speech disguised as religious sermons and supporting the Nigeria Police and criminal justice system to institutionalise law and order.

We ignore the impact of low investment in education and yet, more than once, murderous outrage has been triggered because Arabic text is on a scrap of paper or prescription – these defenders of their religion are not aware that Arabic is a language and not everything written in Arabic is the Quran.

Finally, there is us – citizens and our performative outrage and low capacity to stay engaged on any issue beyond social media trends. Before Deborah, there was Gideon Akaluka (1994) and Bridget Agbahime (2016), and sadly, there will be others and not all mob murders will be triggered by religious fervour.

There is an escalation of violence, typified by another senseless murder in Lagos of David Sunday that is tied to a pervading sense of impunity – everything goes in Nigeria. Our refusal to take a holistic view of the culture of violence in Nigeria in all its goriness across the country is only part of the politicisation of religion and governance.

Beheadings, immolations, gang wars and organ harvesting are all going on, inflicted by Christians upon Christians and Muslims upon Muslims. But our outrage is muted unless there are political points to be scored. Why? The answer links to our inability to eschew ethnic and religious sentiments when it comes to holding public officers accountable.

Are there enough of us in the South and North, Christians, Muslims and agnostics who want an end to barbaric murders and impunity in the name of religion and in any and all other names?

We have to channel our outrage into campaigns to end the politicisation of religion and to insist on strengthening the states to end impunity through the criminal justice sector – but that could mean we give up on our own privileges to use religion to exclude and ‘other’.

In the run-up to the 2023 general elections, we need to learn from how easy it was for General Buhari to shirk all his campaign promises by taking a leaf from women organising at the state level who demand signed campaign promises – not executed by chairmen of parties but by candidates – so that when politicians pretend amnesia after being sworn in, we can print billboard size replicas to remind them.

Those who refuse to debate their policy and vision with other candidates must be roundly rejected at the polls. Our government’s raison d’etre is security of life and property – it is the basis of the social contract; we cannot continue to let them get away with not delivering. If you do not have your Permanent Voters Card – please go and register, 2023 is a battle for the soul of Nigeria.

Ayisha Osori, the author of ‘Love Does Not Win Elections’, will be writing for the Nigeria Decides 2023 series every fortnight on Wednesdays.