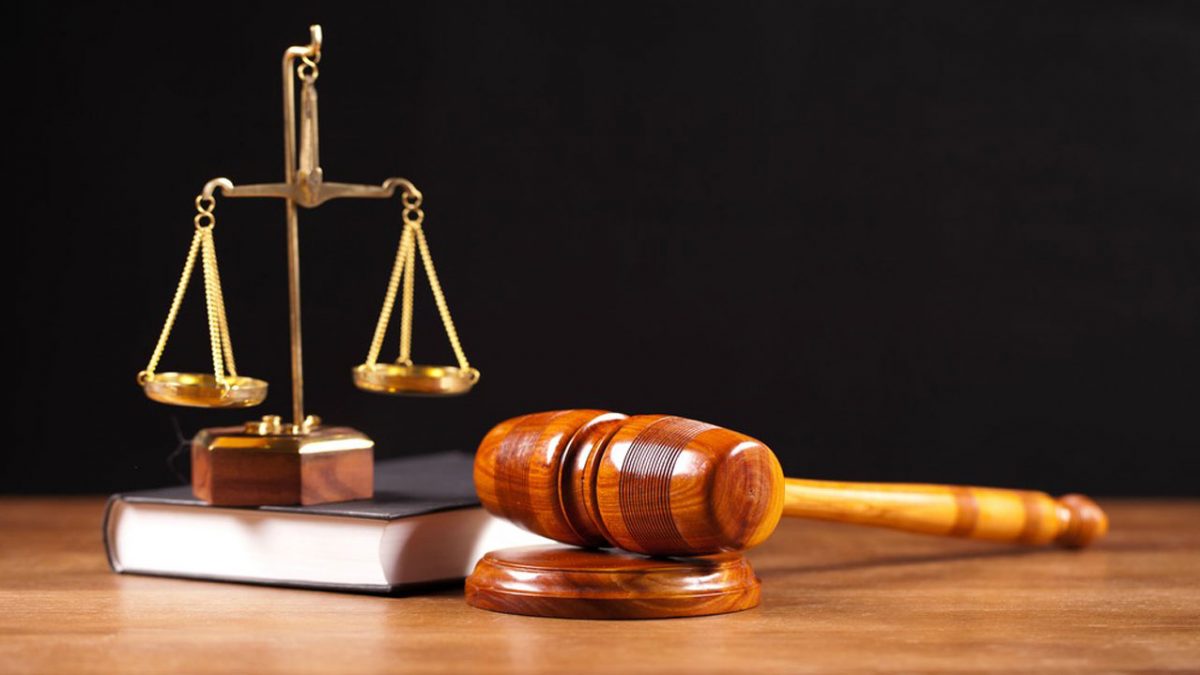 A lot has been said and written lately about the Nigerian judiciary: its issues, challenges and what needs to be done to fix things and make things better. Just last week, in the editorial of Ms. Funke Aboyade, We All Stand to Lose, she wrote in defense of the judiciary in the wake of the missiles directed at it from Senator Omisore. Everything she said is true but as she called on the Bar to ‘defend the integrity of the Judiciary AS AN INSTITUTION’ I have two questions. One, why do lawyers and Nigerians think that, in light of the pervasive rot and consistent degradation of almost every thread of our social and political fabric, the Judiciary would remain untouched, pristine, the glowing beacon of hope, justice and integrity? And two, do institutions make the men or do the men make the institution?

If you have never had cause to have any interaction with the legal system (which I define for this purpose as the judiciary, the lawyers and the administrative process of law including court administrators, rules of procedure, law, enforcement etc.) then you are extremely fortunate. Never mind if you have had to swallow a lot of pain and inequity to avoid dealings with the legal system, you might still be technically better of for it. As a lawyer and a party to a child custody suit I have been curious enough to find out about the experience of others within the Nigerian legal system and as such I can speak about our collective experiences which can be adequately captured in three truisms/sayings.

In Nigeria, justice delayed is not justice denied. Indeed we take great pride in the fact that cases can take over 20 years to resolve and we are not concerned that this practice is one of the reasons why Nigeria remains at the bottom of the international ‘ease of doing business’ index. A lawyer recently explained to me that because the rules of procedure allow a defendant who has been served with a claim 42 days to file a defense, this means before the court can even begin to look at the case, there is already a built in delay. And if the defendant asks for more time, of course it will be granted because it is necessary to be fair, never mind the plaintiff who has to wait. This way, a matter which can be adjudicated within a week can take years as the party who wants to avoid ‘justice’ just keeps taking the maximum time offered and keeps asking for adjournments. As litigants we hear about how over worked the judiciary is but I can’t help wondering; if judges got through their cases a little faster maybe they would not be overwhelmed with what are actually a backlog of cases?

Two, the Nigerian legal system believes that we are all guilty until proven innocent. That can be the only explanation for some of the absolutely amazing court rules that we have. I’ll take just one example: parties to a suit have to apply in writing for an order of a court made specifically for them. Let me explain. Imagine you have a child custody case which is taking the usual course of time a case takes in Nigeria. So you request that since the party withholding the child is comfortable with the length of time the case is taking, the child be allowed to spend the voter registration imposed holiday with the party who is seeking a more equitable situation. The court grants the order on a Wednesday and says it is effective from Saturday January 15 to Thursday January 27th. Saturday rolls around and the order is not complied with. So you contact your lawyers and proceed to having the following conversation.

‘How do we enforce this order that the court delivered?’
‘Hmmm, you have to wait because we have to apply on our law firm letterhead paper for a signed copy of the order.’
‘Really why? The order was granted for my benefit, why do I have to apply for it? ‘Those are the rules, we will apply on Monday.’

When the written application on letterhead is finally ready, what do you know; the judge is unavailable to sign the order and will remain unavailable for a week, thus making the order meaningless for its purpose. Still trying to understand the reason for this rule that parties have to apply for an order which the court granted them, a judge explains that it is to ‘prevent fraudulent people from being able to fake orders’. How about automatically preparing two copies of the order, signed and dated, and asking the lawyers to pick up these orders and sign a log book acknowledging receipt? Better still, how about scanning the order and emailing it only to the parties to the suit? Oh, our rules of evidence do no accept electronically generated data so it is unlikely that it would want to use the medium that everyone in the 21st Century use to communicate, thus effectively shutting us in the dark ages as far as email, sms or God forbid the information out there on the Internet is concerned. This means that the system is so convinced that all Nigerians are fraudulent that it will rather let an injustice happen over and over again than let one person abuse the system.

And the third thing is our own special slant on attorney client relationship – you can never be sure who your lawyer is really working for (especially in child custody cases). We are a patriarchal society. Fact. Children are considered the property of the father. Fact. The preponderance of child custody cases are brought by women who have been unlawfully denied custody of/access to their children. Fact. Women are generally economically and socially disadvantaged – at least in comparison to men. Fact. By deduction, this means men in child custody suits can afford to pay off the women’s lawyers to stall, give bad advice or just be plain negligent and unavailable. I have heard this complaint in at least two different cases and I am sure there are more but as Ms Aboyede quoted in the article ‘it is hard to prove corruption’…maybe because paper receipts are not required for the transaction and electronic transfers are not admissible.

The point is, it is not the judiciary alone which should be beaten up and scrutinized (to no recognizable results one might be tempted to add); the lawyers, the rules of procedure, the court administrators, everyone and everything must come under the microscope. Other than the judiciary however, only a few other parts of the legal system are periodically in the news. A few months ago, right on schedule, we got the annual ‘law school exam paper leak’ stories, then it was former AG Aondoakaa being stripped of his ranking as a senior advocate of Nigeria (a welcome rarity) but rarely do lawyers and court administrators and their practices come under scrutiny.

The answer to me is clear – the judiciary and the entire legal system cannot be in isolation of the state of the nation. If the state of the nation is good, then the state of the judiciary and the legal system will be good. What we have is a reflection of the society we live in…we can’t all be covered in smut, violence and oppression and somehow the legal system remains lily white. We need a total overhaul of the technical aspects of the legal system and a re-education on the essence and ethics of the system: to provide real justice, to be fair and to be open and transparent. One of the first things you hear as a student of law in the United States is that the American judicial system would rather nine guilty people go scot free than to let one innocent person suffer. We like to say justice is blind because it means that justice does not recognize class, power, status, race, ethnicity, religion – just right or wrong or what is fair and equitable. In Nigeria we need justice and the entire legal system to be blind to anything which will influence its decisions and at the same time, we need eyes, binoculars and magnifying glasses to ensure that the administration of justice is real and practical not a fairy tale which hardly anyone (but the most die hard romantics including myself) believes in anymore.