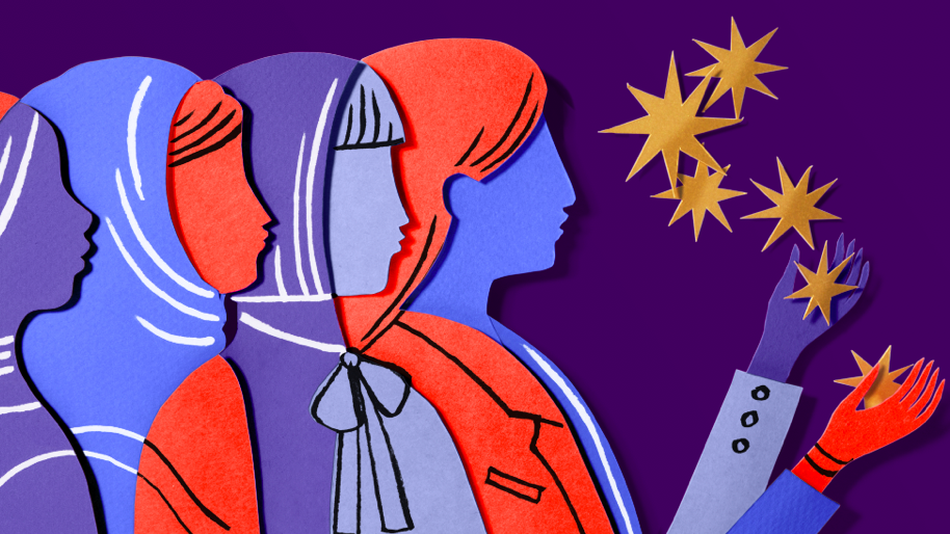 Exactly 100 years and 7 days ago women celebrated the centennial anniversary of international women’s day; the one day in the year dedicated to women raising awareness about issues they care about.

In 1911, the year zero of international women’s day, most women around the world did not have the right to vote (only women in New Zealand, Australia and Finland had a national right to vote); they had limited rights to property and inheritance, they could not provide evidence in certain cases, married women had no legal rights and the entry of women into certain professions was questioned or even prohibited.

Within this context, women around the world have indeed come a long way and there is a lot to celebrate. Apart from a hand full of countries in the middle east, women have the right to vote and to be voted for and women have reached not only the pinnacles of government and academia, but of science, literature, art and business. There are legal precedents and policies protecting the right of women to their own bodies, their own minds and their pursuit of happiness and wellbeing.

And celebrate we did…at least around the world. In some countries, days before the 100th anniversary of International Women’s Day (IWD) the media focused on issues important to women, Air India and Air France ran female only crews on flights; Presidents and their First Ladies delivered good will messages to women and the men and children who love them; celebrities blogged and twitted on women; rockets and fireworks went off and female charities and organizations benefitted from additional funding. Most importantly, though, in the midst of all the celebrating, there was a concerted effort to focus and keep attention on the problems women and female children still encounter in their various communities.

At home, in Nigeria we all know what some of the most pressing issues are: health (maternal and infant mortalities amongst the highest in the world); education (data says two-thirds of all illiterates in the world are women); economic slavery (development experts say woman is the face of poverty); poor legal framework (global and regional conventions still not been passed into law) and even more abysmal enforcement of the few legal protections that women have. So as someone who has been aware for a long time of the developmental and social limitations placed on women but only recently realized ‘there must be something I can do to help’ other than cry and complain; I tried to find out what was going on in Nigeria.

Enquiries led to the National Women’s Development Center in Abuja where Mrs. Josephine Anenih, Minister of Women Affairs and Social Development planned to deliver a press briefing. Our theme for IWD was the UN global theme: equal access to education, training and science and technology: pathway to decent work for women. When the briefing ended with the unveiling of the newly minted UN Women logo, I was I left feeling let down and absolutely uninspired. Here is what did not happen but so easily could have.

One, there were no young women and girls of school age given a role to play. Instead we had a stream of associations such as wives of custom officers given two minutes to address the audience. If the theme was about education and training, then the audience should have been younger; the average age of all the women there was at least 40, not counting a few babies in the audience.

Two, there could have been a few minutes dedicated to the issues and the goals for Nigerian women going forward. The Federal Ministry of Women Affairs has been leading the advocacy for the adoption of two documents into Nigerian law: The Convention on the Elimination of all Forms of Discrimination Against Women (1979) and the African Unions Protocol on Human and People’s Rights of Women in Africa (2003) but continues to face opposition even though Nigeria has ratified both without reservations. It would have been nice to know what the strategy was for achieving this goal and what practical steps would be taken to ensure our alignment with the theme of the day: that our young women and girls get a quality education in science and technology.

And three, in the spirit of elections, it would have been great if the women centered organizations and civil society advocates for women’s rights, equity development, hosted a debate or dialogue session for a few politicians to share their plans for women in Nigeria. Undoubtedly, the campaign schedules for the presidential candidates are very full – but what about men and women vying for the Senate or the National House of representatives? Would they not care to share their plans for the group which constitutes half the population of the country?

The truth is while we have come far; we have farther to go. Two weeks ago the Attorney General of the Federation, Mohammed Adoke appointed a seven-member board for the National Agency for the Prohibition of Traffic in Persons and Other related Matters (NAPTIP) and not a single member was female. Arguably if trafficking were not considered a problem predominantly faced by women and children, there would still be a need for a more balanced board to reflect the demographics of Nigeria. With this and other more recent examples of sexism and discrimination in general and party politics, should our celebration of the IWD been all about patting ourselves on the back?

If women want to make greater strides in development, politics and social issues we have to do things a little differently. We cannot rely on the government to do everything for us including advocate on our behalf. It would help a great deal if the people in government were committed to the development of women but they are not – and it is up to us to device ways to make them care. If the Ministry of Women Affairs and its agency, the National Centre for Women Development have to toe the government line, then the decades old activists and advocates should lead the way. Women need a plan to put before the next President of Nigeria and the incoming legislators and executives – and this would have been a perfect opportunity to sign off and present it to women as we head to the polls. 104 is still a great number – maybe we can learn from what we did not do at 100 and get our acts together for 2015.