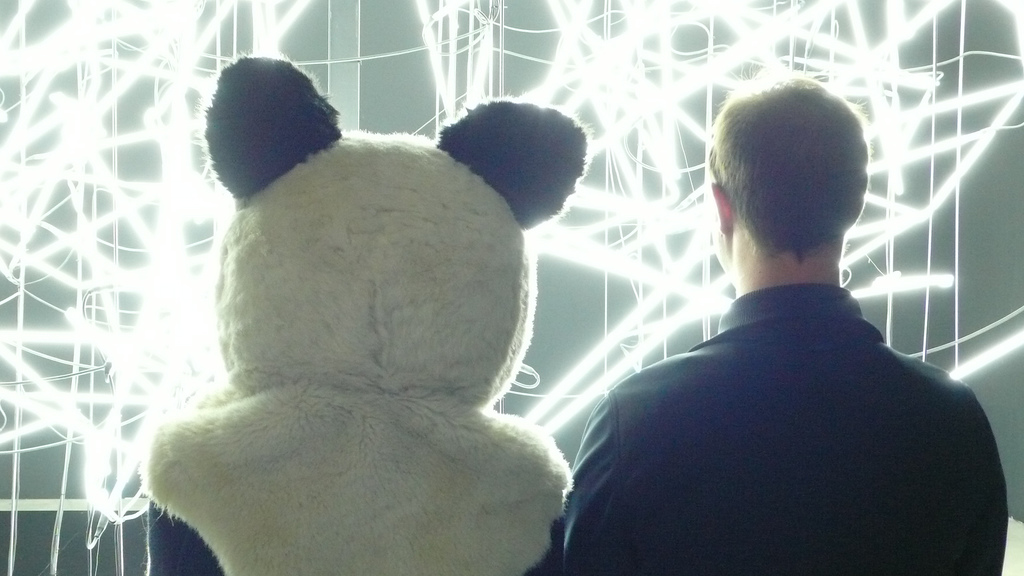 “I am thinking of going into politics and running for election”, I admitted to a friend yesterday.

“Wonderful. What position are you thinking of vying for?”

“I am not sure”, I respond. I notice the look of mild confusion and hurry to explain. “I just need to go where I can make the most impact.”

“Ahhh – then you should go somewhere high up, like the Senate,” friend responded.

“Yes.” [Pregnant pause] “But what good are they? They don’t really do much – 109 of them and barely any laws passed. Besides the system seems corrupt and rigged to make it near impossible to do anything. The officials of the Senate allegedly run things like a cult so if you are not an insider then you won’t be able to do much and the insiders are not even interested in doing anything. I want a position where I can do something meaningful.”

“Like local government chair,” I say cautiously – testing the waters.

“Hmmm. Yes, that’s goooood.” I can see Friend is not convinced. I try to explain my reservation.

“The problem is that local governments do not get their revenue allocation directly – it goes through the State which means that the governors can withhold it and there is nothing I can do about it. And without money – how can I do anything for my local government?”

‘That is a real problem.”

“You see the situation I am in now. “

“I am still thinking about it – that and what political party I will run under. None of the parties appeal to me – I shudder at the thought of joining the Peoples Democratic Party (PDP) – the party has done very little for Nigerians for over 12 years and the system is so corrupt – but strategists say I have to run from PDP if I am serious about winning. “

“Kai – I don’t think you should join PDP – that party has such a bad reputation and there is no internal democracy within the party – you can never tell whether you will be allowed to get past the primaries. Besides, I doubt if they can win in 2015 – their time is up.”

“I feel the same way about the rot but what is the alternative? The Action Congress of Nigeria (ACN) is not any better when it comes to internal democracy – people who run are also selected without any pretense at primaries. As for the All Nigeria Peoples Party (ANPP) – you are never sure who is in the party – they have no use apart from being a temporary refuge for PDP members who have fallen out with their party. As for the Congress for Progressive Change (CPC), they seem to want to be the North’s answer to ACN i.e., a regional party, but that they have not quite succeeded.”

“I like ACN for you– they are the only real opposition party in Nigeria and if enough good people join the party, then they can change the internal party politics to make it fairer.”

“But they are too Afenifere-ish– I am not Yoruba; won’t that be some sort of disadvantage?”

“I do not think so. You will have an edge – they like women in that party – see how all their Governors have female deputies. And in many of these cases these ACN women are not the daughters, wives and sisters of politicians as is the case with PDP.”

“Hmmm – apart from a few glaring exceptions in Lagos State…”

“Don’t worry about that – are you running from Lagos? Since you are thinking seriously about running, let me ask you a few questions to help you think through the issues.

“Why do you want political power; can’t you do good outside government?”

“I have tried but honestly, I do not think I have made much impact. For years I have written about the issues, sometimes even skirting on thin ice with revelations and my analysis but no one but the converted is paying attention. Those in government don’t care and those who should care are too beaten and splintered so that even when they have all the information required, they cannot bring themselves to bother. I used to think that if people have the right information, they will act….but it has not worked. They see everything in ethnicity and religion and so little can move them. Are the startling revelations from the House of Representatives probe on the downstream sector not enough to make everyone jump up and march to the National Assembly to demand change? Can anything be more comical and tragic than the lack of data between the different agencies, yet everyone carries along as the information just rolls off our oppression-slicked backs?  There is a deep sense of resignation – that no matter how many probes, no matter how many EFCC arrests are made, corruption will never be punished in Nigeria. So how can you make change from the outside if information does not trigger any revolt or movement? I want to try from the inside.”

“Some have tried from the inside and ran out screaming and thoroughly disillusioned, what makes you think you can make any difference?”

“There are any number of reasons why those who have tried have given up; maybe things are worse than we realise (hard to believe), maybe people are threatened with their lives when they try to do good…but I keep asking: what is the alternative? Should we not try because others have failed? Should we sit aside and continue to watch the accelerated decay of our country because the people who don’t mean well have not said ‘we are tired of looting and oppressing, let’s give others who mean well a chance?’ I just think we need to keep trying – different things, in different ways at different times. Maybe one thing that might help is if we had a critical mass of people who want to do good. Can you imagine a National Assembly where 50% of the people think the benefits are too high and that constituency allowances are unnecessary? Or who think, being in the National Assembly should not be a full time job and actually carry out their oversight functions of the executive without politics or favour? I think we would begin to see real change. So the plan is to encourage enough people to run at the same time and see if we can get the critical mass required.”

“But you know the people there now are not going to give up without a fight and they have so much money. What is it about political power that makes people so reluctant to give it up?”

I don’t know…and it seems the ones in Nigeria rarely want to use it for anything positive. To be fair some people are driven into politics by ideas about a better way to organize society, by faith in certain values or ideals and the irresistible desire to fight for those ideas and turn them into reality. And they are also naturally motivated by the very human need for self-affirmation. Being in office gives you the opportunity to leave your mark, in the broadest sense, on your surroundings, to shape the world around you in your own image, to enjoy the respect that every political office almost automatically bestows upon the one who holds it. However, people get in and become reluctant to part with it because of the wide range of perks that are a necessary part of political life — even under the most democratic of conditions. And our sycophantic nature makes things worse: those with power seem unable to believe our discontent when we are constantly fawning and whimpering all over them”.

How do you encourage the best and the most genuine of us to come out and run in 2015 when everyone believes politics is dirty?

“Politics is an area of human endeavor that places greater stress on moral sensitivity, on the ability to reflect critically on oneself, on genuine responsibility, on taste and tact, on the capacity to empathize with others, on a sense of moderation, on humility. It is a job for modest people, for people who cannot be deceived.

Those who claim that politics is a dirty business are lying to us. Politics is work of a kind that requires especially pure people, because it is especially easy to become morally tainted. So easy, in fact, that a less vigilant spirit may not notice it happening at all. Politics, therefore, ought to be carried on by people who are vigilant, sensitive to the ambiguous promise of self-affirmation that comes with it. I have no idea whether I am such a person. I only know that I ought to be…and I want to try.”