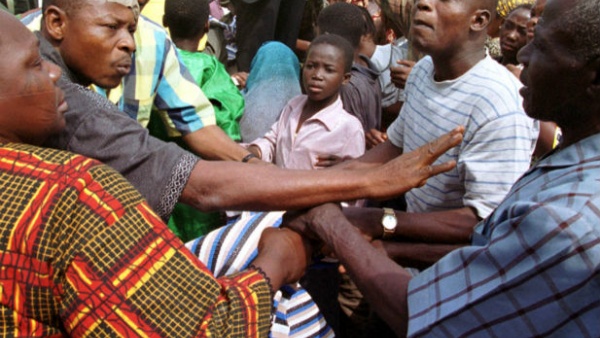 Am I a Nigerian first or am I from my state of origin/local government first? As a Nigerian am I free to settle and develop where I like or am I forced to ‘belong’ to the place my father is from even if he has never lived there? What does it mean to be from a place and why is it so important to our identity?

In Jos, Plateau State, it has been nine years since the issues around these questions have been begging, with the blood of innocents, for a resolution but neither the State nor the Federal Government have the will to do anything to improve the situation.

According to political historian, Dr. Abimbola Adesoji in his paper, Indigeneship and Citizenship in Nigeria: Myth and Reality, one of the underlying reasons for the conflict which refuses to go away in Jos is the belief that no matter how many years a person lives in a place where he ‘does not come’ from; that person remains a ‘settler’ and not an indigene. And there lies the crux of the problem between the Hausa-Fulani settlers and the indigenes of Plateau, the Birom, Amo, Buji etc. who incidentally or coincidentally happen to be Muslim and Christian respectively. One story is that the Hausa Fulani have dominated politics and seek to have their own leadership within the communities where they have lived as far back as 1902; another story is that the indigenes want to protect their interests against the intrusion of ‘settlers’ who threaten the indigenous institutions. The real position lies somewhere in between but while we get distracted with pinning down the elusive truth, people are dying, loosing their entire identity, along with all their property while we the onlookers worry about the ‘problem’ spreading to where we live because no one is safe from this issue.

Unfortunately, the 1999 Constitution is silent on this issue and as usual our legislators are busy with important issues. If they were not too busy, maybe the constitutional revisions might have included something to resolve – at least within the law – the issues around settlers, indigenes, residents and citizenship.

The roots as always go back to our ‘federal character’ principle which makes it really important to define where we are from because as politicians and civil servants, our access to wealth and juicy positions is based mostly on what state we represent. Now if a Yourba man from Ogbomosho has lived and worked in Sokoto for over twenty years and married a woman from Sokoto and had all his children from Sokoto , when it comes to political appointment…he cannot be from Sokoto. And further down the timeline, the same ‘rule’ applies to his children even if the only home they have ever known is Sokoto. Does this make sense? Many might say yes it does. But let’s look at it from another perspective.

If a Lebanese man settled in Kano in 1980, according to Section 27(2)(g)(i) of the 1999 Constitution, by 1995 after fifteen years of living in Nigeria, he would be eligible to become a citizen of Nigeria and very likely he will choose Kano as his state of origin when he needs to apply for a passport, driver’s license etc. So does the situation of the Yoruba settler in Sokoto still make sense?

In the United States of America, President Obama, half Kenyan, half America was born and raised in Hawaii. As an adult he moved to Chicago, Illinois where neither of his parents or grandparents were from and decided to run for congress to represent the people of Illinois…and he could because of the constitutional provisions which made this possible.

We need to change our constitution to define what it means to be an indigene of a place and we need to do it immediately before we find ourselves in an even more ridiculous and tragic position. There are people who have had their homes – not rented property – in Jos burnt, not once but twice and yet they rebuild. Why? Because this is home to them. They have roots there, they have family buried there, they have invested their sweat and blood there…is it right to force them to leave because they are not ‘from Jos’? There are others who have had their houses burnt just once – they were asked what their names were and once it did not sound like a name which belonged to Jos, they were asked to turn their backs on their houses only with what was on their backs and leave with the heat of their burning belongings following them. They have left Jos and yes, they will probably never go back. And there are those who have not waited for the violence to reach them personally; they have abandoned their property or sold it for what they can, and left quietly. So what next? When they get to back to their states, should they chase out those from Jos who live there to make room for them? Where will it end? If as a Nigerian, I cannot live anywhere I want, develop roots and invest with a sense of belonging and security, then what hope is there of Nigeria ever truly becoming a united entity? What hope is there that as Nigerians we can complement our skills and talents and blend in the best of our cultures while blurring the lines of difference?

Over thirty years ago, Group Captain Dan Sulaiman, as military administrator for Plateau State, “proposed that any Nigerian born in Plateau State or from any other state who has lived in Plateau state for twenty years should enjoy all the rights and privileges of a native of Plateau State” (Adesoji 2009). Of course this was not adopted or considered on any government level and now we are suffering from our inability to project into the future or take long-term decisions.

If Lagos State, which continues to lead as the most progressive state in Nigeria not only in terms of development but inclusion, decides it wants to pass a state law granting ‘unrestricted indigeneship rights’ to Nigerians who have lived and paid taxes to Lagos state for twenty years or more, can it do that or will the Federal Government play big brother and prevent it from doing so? These are the federalism issues the public and polity should spend time debating not zoning and the forced membership of political party executive committees.

For indigenes of Plateau State and other states dealing with indigene versus settler issues don’t get lulled into thinking you are safe. Once the predominantly Berom indigenes of Jos town get rid of the easily recognizable settlers, they will come for you non-indigenes of Jos and push you back to Pankshin, Wase, Shandam etc. where according to them, you belong. As we begin 2011, think of offshoots of the Golden Rule which are applicable to all of us; ‘ Do not do to others that which you do not want them to do to you. ’ (Confucius) ‘Therefore all things whatsoever ye would that men should do to you, do ye even so to them.’ (Matthew 7:12). ‘Woe to those…who when they have to receive by measure from men, exact full measure, but when they have to give by measure or weight to men, give less than due. (Qur’an 83:1-4)