For God and politics 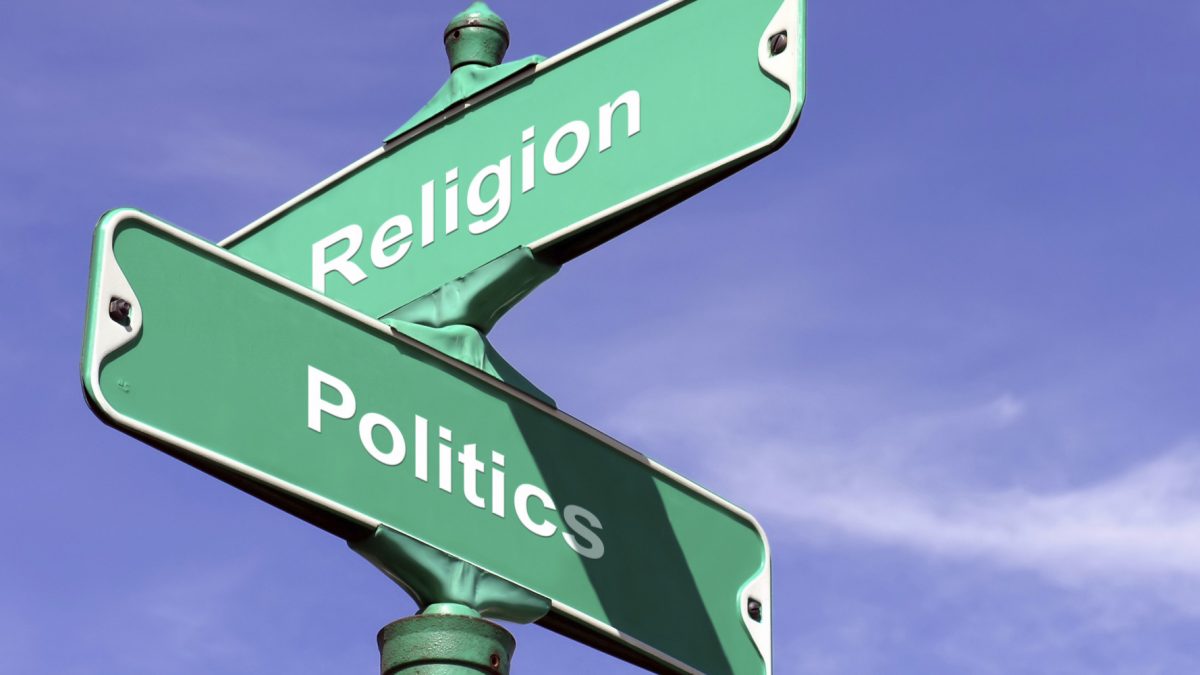 Whoever said religion is the opium of the masses must have been thinking about Nigerians. Religion is the one thing that can destroy rationality faster than an ice cube on a hot toaster and this why most democratically inclined nations try to keep God and government apart. Nigeria, the home of churches and mosques which sit astride side by side, states simply and with rare precision in Section 10 of the 1999 Constitution that “the Government of the Federation or of a State shall not adopt any religion as State Religion”.

Our federal and state governments have been repeatedly blessed by self-acclaimed men of God, so although we have no state religion, we supposedly have God’s chosen people who work amongst us. Somehow though, we have been exalted with being at the bottom of every human and social development index. It is hard to imagine how much worse things could be if these men were not so consecrated.

Slowly but surely, since the zoning argument for PDP failed, the April elections have swung to being a little bit about religion (even though no one will admit it). For over a year, President Jonathan has been the acclaimed chosen one to rule Nigeria – placed against all odds in one of the most powerful positions in the country. His story is the stuff on which drinking myths are spun. The quiet, unknown deputy to the only state governor impeached and removed for corruption during the Obasanjo administration, he becomes Governor of Bayelsa. Then he is selected out of many eager volunteers to become the unthreatening vice president to the ailing presidential candidate, Alhaji Umaru Musa Yar’adua. It must have been surreal to everyone close to him. What I remember most vividly about those first few months of the Yar’adua administration was how surprised and even startled Vice President Goodluck Jonathan looked in all the pictures…it was almost like he could not believe where he was. And then barely two years later, President Yar’adua dies and against all plots, schemes and sincere conniving, the vice president becomes the president. It is easy to understand why people might consider him the one anointed.

However, there are several problems with anointment and the inclusion of religion in politics. The first is that anyone can claim to be anointed. You do not need any specific qualifications or idea or even a patent – you can just say you have been chosen to lead and there isn’t much that can be said about that. But what does it say about us as a nation that we welcome or listen to politicians or people who look us straight in the eye and say they are the chosen ones? Nigeria is in such dire straits that it is forgivable to think the solutions lie in a miracle but it is unlikely that one man can wave a wand and solve our problems; but tell that to the pastors, reverends and people who have proclaimed that all our troubles will be solved once President Jonathan is re-elected.

The second is that religion dictates the acceptability and suitability of our political candidates but not our assessment of their capabilities. We all know that in Nigeria the winning ticket for the presidential elections must have a Christian and a Muslim. And no, Abiola-Kingibe is not the exception because they were never sworn in and it was never intended that they would be. It is not about how good the president and vice president can be or have been in their public and private lives – it matters more if they are the right religion.

The third problem is that religion provides ‘winning’ candidates with the cloak of inevitability and prevents us from asking what winning really is. The radio, the mosques and the churches are loud with discussions and sermons about God and politics. The Pastor says ‘when God says yes, nobody can say no’. The Imam says ‘when God says a person will achieve something or get something, nobody, repeat, nobody can do anything to change it’. And the public calls into radio programs to proclaim that their candidates have been chosen by God. These are messages for winners and losers alike. Even when you cheat, steal and kill – it matters not if you win because winning is everything and everyone, including God, loves winners. And if you lose? Well, even if you are a saint who has done absolutely nothing wrong other than being born a Nigerian, you are on your own because nobody loves a loser.

Fourth, religion is an effective mask to cover up everything bad under the sun because at the end of the day no one knows the mind of another except they ‘display’ it with their actions. Which is why in corrupt ministries, departments and agencies around the country, the employees make a show of piety. Opening prayer before we share the contracts and squander the money meant for Nigerians and closing prayers to protect us and our loot as we ride through the electricity deprived streets and slums that line the road to our mansions. Meanwhile mosques and churches shamelessly reserve the ‘front rows and seats for these same people; making it clear that our practice of religion is not to uplift and inspire us but to deceive us and keep us docile (except when we are needed for so-called ‘religious crisis’).

And finally, the fifth problem is that religion as practiced in Nigeria, strips us of responsibility. We, as a people, can fold our arms and do absolutely nothing and then we say ‘God is in control’. God has given man reason for a purpose; he has given us great skills and intellect to help our communities and ourselves yet we abdicate all obligations. Months ago before the ‘God for Jonathan’ campaigns started in earnest journalists asked the same ex-president Obasanjo who was responsible for foisting Yar’adua on us as President, “on 2011, where do you stand? Are you for Jonathan, IBB, Atiku or Gusau?” And Obasanjo’s response: “I stand where God stands”.
This is the man who is responsible for most of the political dysfunction and the most criminal elections we have ever held in Nigeria so far (2007). This is a man who is responsible for manipulating the primaries in his home state, Ogun. And this is a man who is using the same battle cry he used in 2007 saying the 2011 elections are a ‘do-or-die affair’. And this is a man who stands where God stands?

Let us beware of politicians who mention God all the time when we live in a godless society. Let us beware of pastors, priests and imams who endorse politicians and most of all let us beware of our own susceptibilities which might make us believe these people even against all the evidence around us. The 2011 election is the opportunity to make rational and logical choices about where we go as a nation and while we pray in private for God’s guidance, we must not abdicate our responsibility and let self proclaimed anointed ones steal the elections and continue to rob generations of a decent future in Nigeria.