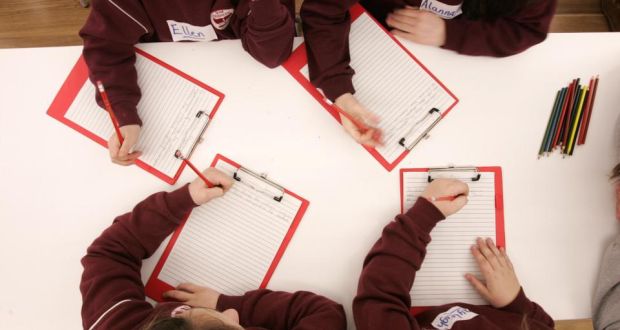 The 2010 Electoral Act explicitly provides that political campaigns or slogans must not be ‘tainted with abusive language directly or indirectly likely to injure religious, ethnic, tribal or sectional feelings’ and asks politicians not to use ‘abusive, intemperate, slanderous or base language or insinuations’ which can ‘provoke violent reaction or emotions’. We are four months away from the 2011 elections and the Peoples Democratic Party (PDP), the self-acclaimed biggest party in Africa, is leading the way in the use of threats to mobilize.

Lately much has been made of the allegedly inflammatory rhetoric of Alhaji Atiku Abubakar, President Goodluck Jonathan’s rival for the PDP nomination as presidential candidate. At a National Stakeholders Conference in Abuja a few weeks ago, Alhaji Abubakar reportedly said to the audience in the context of a message to the leadership of the country and his political party, that ‘those who make peaceful change impossible make violent change inevitable.’ This rephrased popular quote of President John F Kennedy immediately raised the temperature of an all too receptive atmosphere by several degrees and President Jonathan responded by warning Alhaji Abubakar about straying into the realms of treason. Now considering that many, including me, have used this phrase in varying contexts, do these words constitute treason?

According to Sections 37 and 38 of the Nigerian Criminal Code, treason is when a person wages war against Nigeria in order to intimidate or overawe the President or Governor; or conspires with citizens and/or non-citizens inside or outside Nigeria to wage war against the State; or does anything which is considered treason in England.

Since it would be a stretch to hold that Alhaji Atiku’s words, which he concluded with ‘violent change is not what we want for Nigeria’ (still arguably a veiled threat) can be considered as waging war, maybe we need to look to English law to see what their definition of treason is. The English still use the foundations of the Treason Act of 1351 as the basis of their treason laws and treason so far has not extended to public utterances. The crime of treason in England is almost exclusively linked to the Crown and includes plotting to murder the Queen, having sex with the Queen’s consort or her eldest unmarried daughter or the wife to the heir to the throne or levying war against the Sovereign etc.

So unless we have some other law –customary or otherwise, it seems unlikely that Alhaji Abubakar’s words constitute a treasonable offence. But this is where the Independent National Electoral Commission (INEC) comes in. INEC has the powers to enforce the provision which forbids incitement around election campaigns and the Chairman, Prof. Jega should be the one to speak against Alhaji Abubakar’s utterances. The problem is one of inconsistency and double standards and also maybe one of reach. If Alhaji Abubakar’s words are deemed treasonous, what of the constant spew of fighting words from Chief Edwin Clark? What of the priests, pastors and imams who scatter hatred and intolerance from right within ‘God’s house’? Can they too be charged for election related campaign violence if their messages are relayed in the context of who to vote for and why?

Whatever the context, we should not let politicians and influencers, bent on securing their relevancy or twisting facts to suit their plans, off the hook. When people in the position of influence and leadership use certain rhetoric, then we should be able to hold them accountable if their words are capable of galvanizing the public to disorder. There are even mediums such as the radio where those inciting hatred are not recognized as influencers, but because they have the means of broadcast and an audience which might be all too ready to receive such messages, they too should not be left out of the reach of INEC. The Rwandan genocide of 1994 and indeed many other wars, have proven that the radio can be a power medium for propaganda and inciting violence – who says what where and how matters especially during elections.

Considering our history of civil war and the constant inter-ethnic and religious warfare, Nigeria really should take fighting words more seriously. The entire hypocritical premise of zoning is supposedly to maintain a balance but this has not changed anything; people are still dying because of their religion and their ethnicity 30 odd years after the war. We think we are so complex, yet countries much more complex than ours have managed to navigate multi ethnicity and religion and be democratic and develop their nation. In India, a country with a population almost 9 times ours; with 14 official languages, 4 major religions and 700 constitutionally recognized tribes – they take fighting words seriously. If the Indian Director General of Police, K Aravind Rao had his way saying things like ‘waging a civil war” or “State will become a battle field” will be banned on the basis of being inflammatory. We need to get serious too.

It is encouraging that the State Security Services have come out to condemn the ‘unguarded, reckless and divisive utterances of some prominent politicians’ but as pointed out above – they need to be consistent about their reprimands and not speak out only when the President’s opponents are being inflammatory. Maybe our Criminal Code cannot support criminalization of hate inciting speech as treason but the Electoral Act provides an avenue to do so. INEC needs to take control of the powers it has been given and it will have the backing of the public and the government security agencies. We sympathise with the logistical and security nightmare of getting DDC machines where they belong on time but if things go up in smoke, no one will be registering or even voting. INEC can use its legal or communications departments and the Police Force (thus helping us reduce the number of police tax check points on our roads) to monitor and report fighting words. And the rest of us…we can do our bit too. Let’s tell off those in our circles of influence: chiefs, professors, imams, pastors etc.; we do not want violence mongering rhetoric – our weapons are our ballots. Let’s use them strategically.