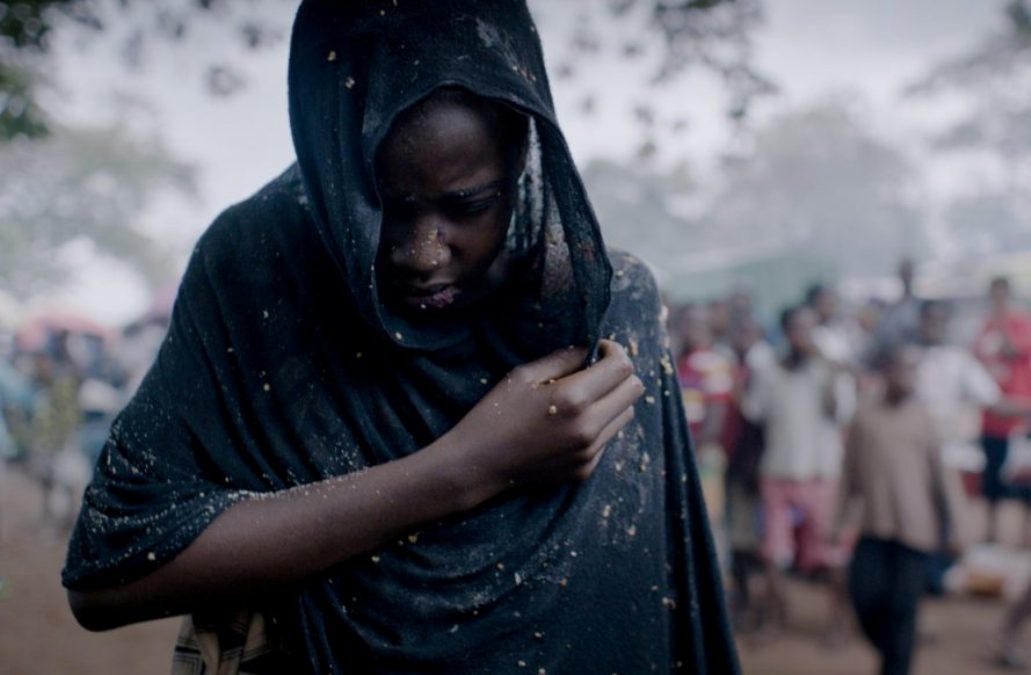 The Open Society Initiative for West Africa and Amateur Heads Productions will tomorrow premiere the ‘Silent Tears’, a documentary that uncovers the truth behind the violations against women resident in the Federal Capital Territory. Rebecca Ejifoma writes

The issue of the fundamental rights of women have always been a source of discourse in various societies. Such discussions range from right to education to freedom of association, to marriage and especially their sexuality.
For many, the woman’s sexuality should be curtailed while in some societies it is solely her right whichever way she decides.
These discussions have also led to what exactly constitutes sexual abuse for a woman and in recent times, it’s become more topical with various cases springing up every day.

Such abuses range from rape or attempted rape to touching your body or making you touch someone else.
Others are incest or sexual contact with a child or someone watching or photographing you in sexual situations or someone exposing his or her body to you.
However, the degree of response to the issue of sexual abuse of women in Nigeria is in no way commensurate to the crimes committed.
There has to a large extent been societal, religious and ethnic interference to the delivery of justice to perpetrators of sexual crimes.

Some other times, the inappropriate interpretation of the law has served as interference to justice delivery in such cases.
However, human rights and fundamental freedoms are the birthright of all human beings, while their protection and promotion is the first responsibility of Governments.
So while the abuse of women continues to evolve, assuming new forms, the collective consciousness to put the scourge under control is only just beginning to gather momentum, however little.
Sometimes, sexual violence is committed by a stranger. Most often, though, it is committed by someone the victim knows, including a date or an intimate partner like a husband, ex-husband, or boyfriend.
However, abuse of women has taken a new dimension with a recurring variant involving government task force in Abuja.

This trend has caught the attention of some stakeholders in the nation’s capital.
Renowned as the fourth largest city in Nigeria and often proudly promoted as the best purpose-built city in Africa, Abuja is one of the fastest growing cities in the world and one of the wealthiest in Africa.
And like most budding cities, it has been dealing with developmental challenges, migration and resultant hike in crime.
Naturally, the FCT, being the seat of political power, has since become a financial hotspot for prostitutes, who target political bigwigs and contractors as well as their aides and cronies in order to eke out a living for themselves.
Disturbed by the rise in activities of these “women of easy virtue” in its city, the Federal Capital Territory Administration (FCTA), in 2011, declared a total war against prostitution.

To see to the sanitisation of the capital city, the FCTA, which sees to the administration of the metropolis, engaged its agencies, the Abuja Environmental Protection Board (AEPB) and the Social Development Secretariat (SDS) to carry out the task of keeping these women of “easy virtue’’ off the streets.
This was to be done in collaboration with a non-governmental organisation, the Society Against Prostitution on Child Labour in Nigeria (SAPCLN) to help with coordination and logistics.

The task force, driven by slogans like “zero tolerance for prostitution” is usually accompanied by armed law enforcement personnel to search the streets at night, identify and apprehend sex workers with the aim of rehabilitating them accordingly.
Soon after, reports about the molestation and abuse of women from all works of life emerged. Amid the legal complexities in identifying and apprehending a prostitute, hues and cries trailed the activities of the task force.

In his report titled “AEPB: From street cleaning to morality policing”, a freelance journalist, Alkasim Abdulkadir, pointed out that the activities of the task force gravitated into targeting women of all ages and social classes in the FCT.
He added that “the Nigerian Women’s Trust Fund and the National Human Rights Commission reeled out petitions of victims and litany of abuses ranging from assault on law students attending mandatory Law School dinners, employees of Airtel attending a birthday party, a banker exiting a shopping mall, people sitting inside or exiting their cars, and even women standing in front of offices or residences at odd hours of the evening have been forcibly abducted and taken to purported installations of law enforcement such as the Area 10 Sports Complex.

“There, the women either buy their freedom or are tortured into ‘confessing’ and forcibly transferred to an alleged rehabilitation camp for purported sex workers maintained by the Society Against Prostitution and Child Labour in Nigeria (SAPCLN) in Arco Estate, Sabon Lugbe.”
Research has however shown that women who are sexually abused may suffer serious health problems, ranging from sexually transmitted infections, stomach problems, and on-going pain.
Emotionally too, they stand the risk of lapsing into depression, anxiety, and Post-Traumatic Stress Disorder (PTSD).
Worried by this trend of abuse by a multi-agency government task force, some stakeholders decided to produce a documentary, titled `Silent Tears’.
The documentary aims to examine and uncover the truths behind these serious violations against women resident in the Federal Capital Territory.

It also gives a glimpse into the society’s perception of sexual and physical abuse on women encouraged by or perpetrated by security officials across the country.
The Open Society Initiative for West Africa (OSIWA) and Amateur Heads Productions would premiere Silent Tears, on International Women’s Day, the 8th of March 2016, at the Silverbird Galleria, Abuja.
Screened at the 5th African International Film Festival (AFRIFF) in November 2015, Silent Tears won The Audience Choice Award.
The production of Silent Tears by Amateur Heads was supported through a grant from OSIWA. This same collaborative effort was behind the award winning documentary, ‘Fuelling Poverty’ which uncovered the fuel subsidy scam of 2012.
Silent Tears would be aired on major television channels across the country. The 30-minute video incorporates expert views and features high profile interviews from, Ordinary Ahmad Isah of Brekete Family, Ayisha Osori (OSIWA Board Chair) and Maryam Uwais MFR, Dr. Chidi Odinkalu immediate past Chair Governing Council, NHRC.
Attendees will also have the opportunity to interact with the filmmaker. This compelling film aims to raise awareness of the pervasive mentality that fosters such negative actions towards women while inspiring behavioural change.
Produced by Mr. Ishaya Bako, an award winning filmmaker, the short documentary examines and uncovers the truths behind the violation of women in the FCT by a taskforce set up by the FCTA to rid the streets of sex workers.
Bako said about the documentary “It intricately weaves the stories of different women from different backgrounds from across the city exposing unique insights about our society.”
He believes that “Violence against women has become quite casual and almost pedestrian in our society”.
Bako said that women in our society need to be treated with dignity rather than abducted, molested and abused by law enforcement officials.
“It is a documentary that questions a society’s apathy to this victimisation but is also in conversation with the few people that dare challenge this apathy.

“I chose to make this film because I’ve observed that violence against women has become quite casual and almost pedestrian in my community.
“Gender based violence is a broad and significantly complex subject matter, but the very special nature of the themes explored in the film is a story I believe needs to be told.
“I hope this film lends a voice to the conversations already started on the way women are perceived and treated in our society but also challenges the apathy seen in the society towards the issue of violence against women.”
For what it’s worth, the documentary is expected to continue the age long discussion over a malaise that has morphed with the negative involvement of authority figures.
Hopefully, it would also help bring sanity to the supposed war against prostitution or `zero tolerance for prostitution’ as the slogan goes.