We Can’t Give Up On Democracy, By Ayisha Osori 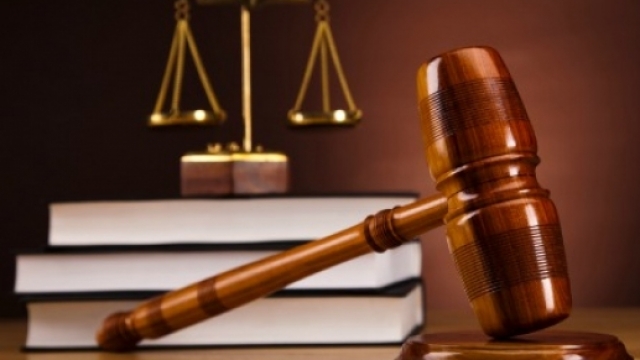 There are several reasons why Nigerians should be wary of anti-corruption as a 2019 campaign issue.

The first is our history. Only two other issues have dominated Nigeria’s political economy from before independence the way fighting corruption has: federal character a.k.a. “equitable” allocation of power and resources and political succession.

On January 15, 1966, Major Chukwuma Kaduna Nzeogwu said, “Our enemies are the political profiteers, the swindlers, the men in high and low places that seek bribes and demand 10 per cent.” Gen Yakubu Gowon, shortly after the Civil War, launched a nine-point programme to return to civil rule but first, he had to “eradicate corruption”. Maj. Gen. Murtala Muhammed, like his military predecessors, used the favoured excuse for taking over power saying he would fight corruption and followed through with a purge of 800 government employees. In 1984, the Buhari regime portrayed politicians from the Shagari era as corrupt and so intense was the fight against corruption that the regime promulgated a decree that officers of the Shagari administration were presumed guilty until proved innocent. Former military dictator Ibrahim Babangida did not use the fighting corruption narrative as well as his predecessors but even he knew that this was by now a necessary story and he set up, amongst other things, the National Committee on Corruption and other Economic Crimes. Gen Sani Abacha took corruption fighting into the banking sector (as President Umaru Yar’Adua via CBN Governor Lamido Sanusi would do decades later) and earned the applause of Nigerians gradually accepting media lynching’s as relief from the pain of successive abusive governments. Gen Abdulsalami Abubakar  did not bother with the anti-corruption narrative as he engineered the fastest military to faux civilian transition in our history.

Since 1999, everyone, from Olusegun Obasanjo, through Yar’Adua and Goodluck Jonathan to the current Buhari administration, has made fighting corruption a cardinal point of their agendas. We have the Code of Conduct Bureau, Independent Corrupt and other Related Practices Commission, Economic and Financial Crimes Commission and banking rules have stretched and contracted and yet the theft and mismanagement of public funds have never been easier and more rewarding. Nigeria has lost close to $500bn to corruption since 1960 and honestly – nothing has fundamentally changed about how our enemies operate.

The second reason we should be suspicious of anti-corruption campaign messages is that our model for funding political parties is reliant on the capture and diversion of public resources. Parties rely not on members and activities to raise money, but on government officials who fund the party – not in the “I am a member, I pay my dues and donate within legal limits to the party” but in ways which lead to abuse. In the past, parties funded themselves with public resources using government contracts to individuals and companies who would then donate generously to the parties. Today, government officials, particularly governors with large sums at their discretion, have dispensed with the contract model and give cash directly. The military equivalent of funding political parties was constituency building with generous disbursement of public funds and patronage to traditional and religious rulers; civil society; academics; military men and the business sector in the attempt to buy the legitimacy their governments lacked. The funding of political parties is tied to the unknown costs of winning elections in Nigeria which, former Senate Deputy President, Ibrahim Mantu, tells us entails the complicity of the Independent National Electoral Commission and security agencies. Until we insist on political party finance reform or at least boycott the parties that are the greatest beneficiaries of the theft of public funds, we will be fooling ourselves for believing the anti-corruption campaigns of our experienced politicians.

The third reason is that our governance frameworks are designed for too much individual discretionary powers and state capture. This covers politicians who want access to public funds and the entire civil service structures at the federal and state level who despite being largely ineffective, corrupt and a drain on scarce public funds (with salaries and emoluments) have no productivity or performance objectives. If the discretionary powers that allowed a former Minister of Petroleum Resources to manage the affairs of the Nigerian National Petroleum Corporation as a personal business have not changed, there is no guarantee that the next minister will not abuse similarly. By individualising public office instead of institutionalising checks and balances to ensure all public officers are held to the same, exact standards, we make it easy for the politics of identity to colour our judgement and speak to how we see government – a place to plunder.

Which brings in a fourth reason we should be wary of anti-corruption campaigning: our collective mindset. A mix of our low standards, feudal, materialistic, strangely individualistic (for people with communal practices) cultures that rely on a patronage system, makes it difficult for us to define and identify corruption.  We want those we know in power to solve our individual challenges with a broken, dysfunctional public system and not necessarily to fix the problem for everyone who is suffering the same challenge. We cannot see that those in power, who use their power to help us as individuals, are part of our general inability to fix a system not working for the majority. As such, the majority are not primed to assess the narratives about fighting corruption. Some think that changing faces will create the governance revolution we want; others think that changing ourselves first i.e., “change begins with you” is the solution. These groups fail to see that when we have structures that skew incentives against productivity, transparency, long term economic and social planning, excellence and logic, as we have in Nigeria today, then creating the right incentives will entail redesigning our governance structures and reprogramming ourselves.

Corruption is a terrible cancer and has caused severe damage to our collective development but fighting corruption has become a smokescreen for people with no ideas, no vision, nothing to sell Nigerians except the familiar snake oil we are programmed to react to. We must go beyond our Pavlovian reaction to talk of fighting corruption to asking the hard questions about what it is about our structures – social, legal and political which makes corruption thrive in Nigeria. Until then – we will continue to treat the symptoms of what ails us, instead of the disease itself.